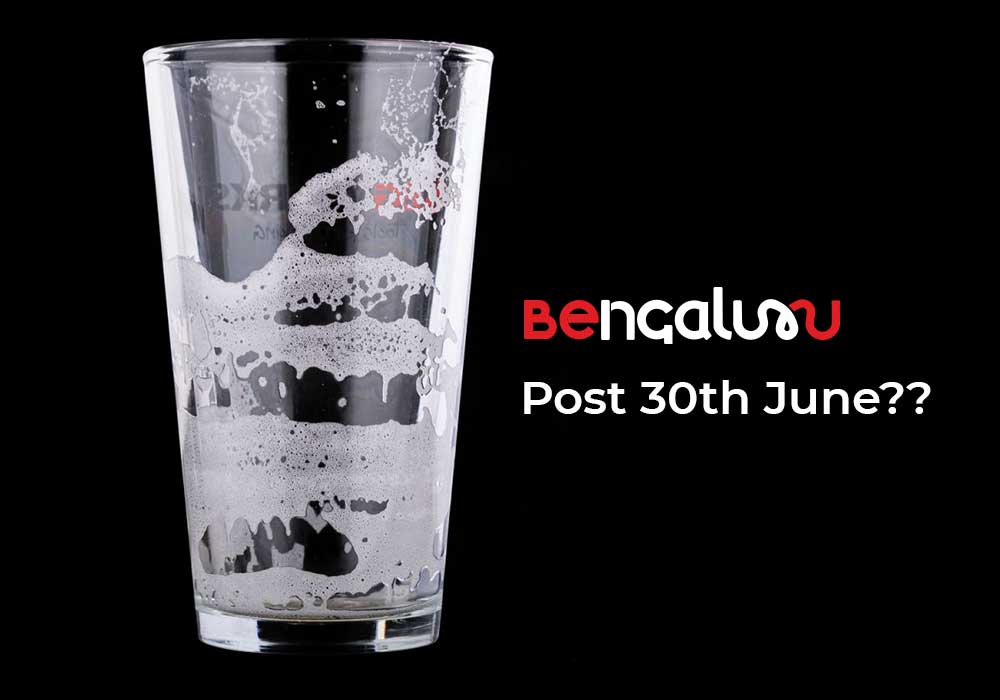 The Karnataka government’s conditional permission to allow breweries to exhaust their beer stock by opening the portal of home delivery and takeaway from May 14th to June 30 brought a sigh of relief and excitement to the city’s breweries and beer lovers. During this period, the microbreweries sales curve saw exponential growth. It was an exuberant period for all the craft beer lovers and the breweries as the long wait had finally come to an end post lockdown.

On May 14th, this announcement came as a moment of happiness for the beer lovers as they could finally taste their favourite craft beer and the microbreweries were excited to deliver the bottle of happiness at their doorstep. This decision was made to shrink the distress of the micro-breweries from the loss they were facing since the government announced nation-wide lockdown on March 22nd. These deliveries and takeaways contributed 10% of the regular revenue which sufficed for the breweries to pay the bills and manage the overhead costs.

Hayne Marcus Fernandes, Operations Director of Arena Artisanal Brewkitchen feels,”Beer for any microbrewery is a vital source of income but also the experience of sitting in the restaurant completes it. Removing this aspect can set back the little income that is generated to take care of the employees and other petty expenses”. Adding to this Mr. Prasanna, CEO of Brew and Barbeque expressed “In the present scenario, survival is the only key for the food and beverage industry since dine-in would not be coming back in shape for the next few months, therefore takeaway is the only option to keep the brand alive”.

Mr. Rekhanksh, Founder of XooX urged the government to narrow down a common tax regime for both in house and delivery sales to make this move a permanent one. He also suggested the craft beer enthusiasts, the business owners and the government needs to work collaboratively to prevent microbreweries from becoming a dying craft trade.

Mr. Prashant Kunal, Founder of The Bier Library stated, “Most of our patrons who would come for beer takeaway would also order food thereby boosting their sales”. He also hopes it stays that way further explaining how the Government could make craft beer takeaway a regular affair to boost the microbrewery industry and spurt further growth.

Recently, the Maharashtra government made a historic decision by permanently allowing the sale of craft beers by growlers. This decision eased the stress of the microbrewery owners in Maharashtra as they were skeptical about running the show.  The Karnataka government’s excise department should follow a similar approach and let the state run the sale of craft beers in microbreweries so that they can flourish, even in these COVID-19 times. If the decision remains unchanged then it will create a huge loss for the microbrewery business and for the people who are associated with the production and consumption of craft beers. It is only a matter of time before we see the government making a decision about this.

Should Karnataka microbreweries be allowed to make craft beer takeaway a permanent affair? Tell us what you think!