Home / Ingredients  / Factors That Influence The Colour Of Your Beer

Factors That Influence The Colour Of Your Beer 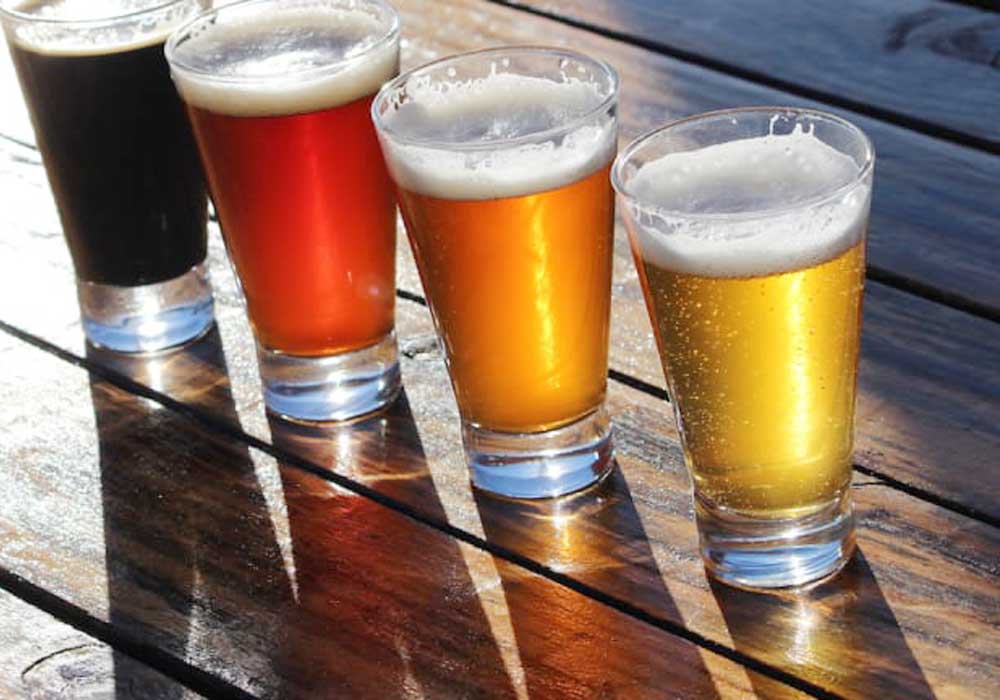 From golden wheat beers and bright sours to amber-hued Belgian Tripels and dark stouts – the world of craft beer has styles spanning across the entire colour spectrum. ‘Colour’ is a huge topic of discussion amongst many craft brewers and beer connoisseurs as it can tell you a lot about your beer before you even take the first sip!

Here’s a quick guide to what determines the colour of a beer and what you can gauge from the hue of your brew! 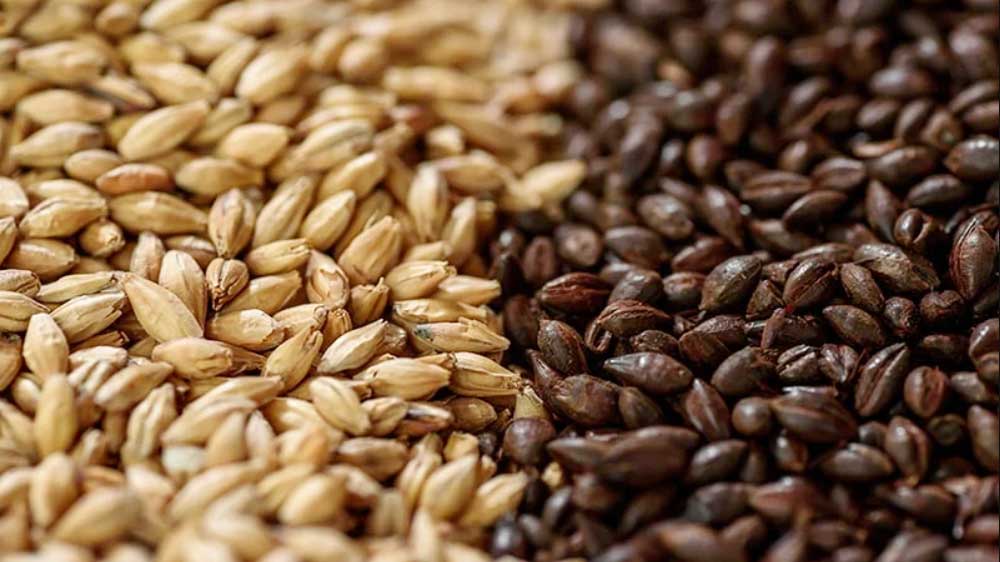 Not many of us know this, but all beer is red. This is true on a fundamental molecular level, even though the human eye may not always perceive all beer as red.

This is because beer is made with starches derived from grain. Grain is coloured by a pigment called melanin which results in imparting a rust-red colour and is, therefore, the biggest colouring agent in any beer. Brewers often resort to specific chemical processes to play around with this colour to make their beers stand out.

The malts chosen and the ratio in which they are used in each recipe largely determines the colour of a beer. Dark malts will impart a dark colour to your beer. With very pale malts, too, beers often turn a darker shade as the colour keeps building to result in a darker aggregate colour. The tiniest amounts of chocolate or roasted malts (non-caramelised malts kilned at high temperatures until they are toasted black) too, can add deeper colours.

That’s why most beers are not perceived as red and usually fall between the gold, red and brown spectrums with varying levels of opacity and haziness depending on the style and the kind of grain used in the recipe.

Chemical Reactions Can Impact Your Beer’s Colour Too 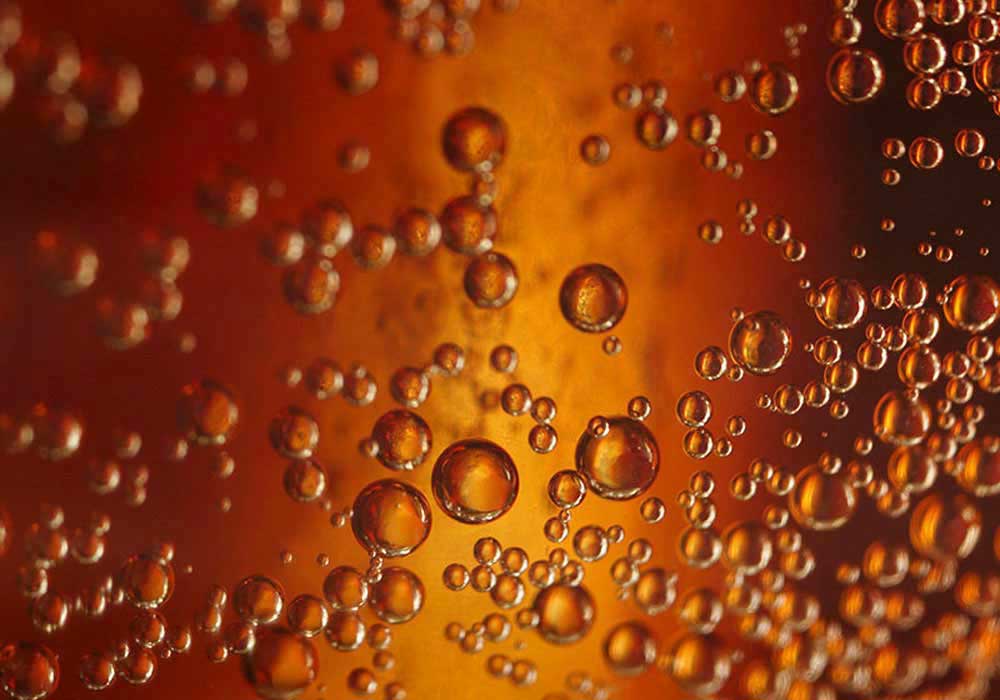 According to USA Beer Ratings, there are two main types of chemical reactions brewers turn to when changing the colour of their beer.

The first type is called Maillard reactions – where amino acids get linked to sugars via intense heat. Maillard reactions are usually responsible for giving beer a darker colour and a dominant toasty flavour along with several other perceptive flavours that are added as a result of the process. It must be kept in mind, however, that factors like time and temperature play a huge role here and by tweaking these slightly, multiple variations in colour and aroma can be achieved.

For instance, the longer a beer is boiled, the darker it is most likely to be due to Maillard reactions.

Think of it like putting a slice of bread in your toaster and applying heat to it till it turns into crisp, darker coloured toast. The longer you subject it to the heat in the toaster, the darker your toast is going to be!

The second chemical reaction is caramelisation. This involves heating sugar until it breaks apart. Brewers will first subject their grains to heat so it can convert the starch into sugar. Once this is achieved, the temperature is cranked up even higher to break down the sugars that have just begun to form. This results in imparting a caramel-like flavour to the final output which can range anywhere between ‘burnt sugar’ to ‘toffee’.

The logic is the same here: the longer the caramelisation process, the darker the beer.

Beers Get Darker As They Age 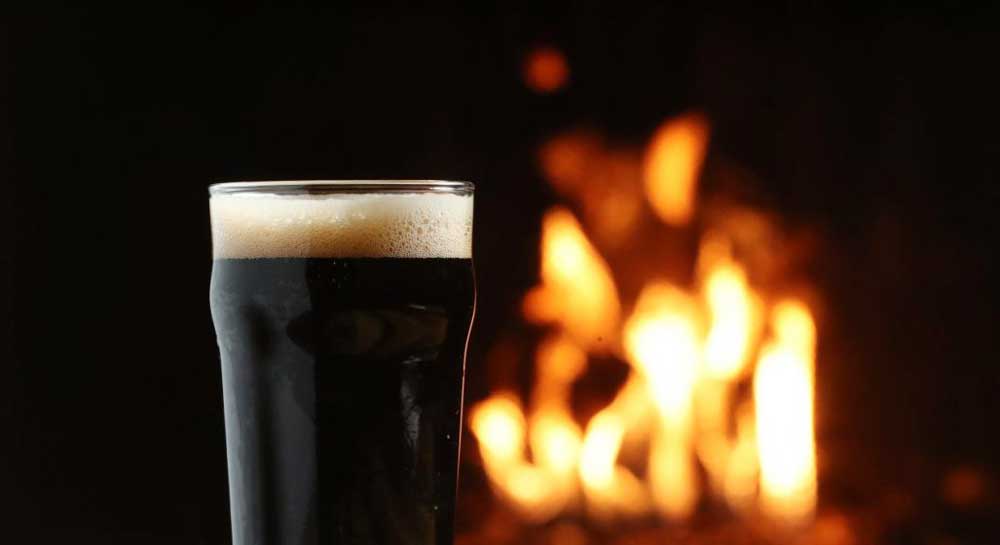 Suspended particles in beer such as polyphenols and yeast start sinking to the bottom of the can or bottle as time goes by. This means the remaining beer will reflect less light to make the beer appear darker.

Oxidation Is Not Your Beer Colour’s Best Friend 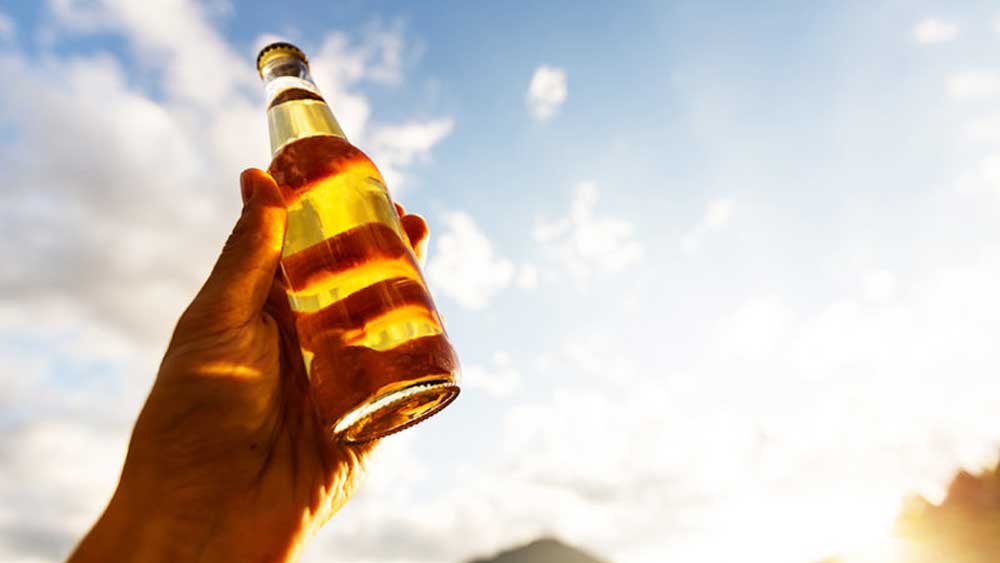 Fruits like bananas, apples and avocados start browning when left out in the open for too long. Why?

Because, oxidation. And it’s the same with beer too.

Throughout every step of the brewing process, brewmasters are constantly fighting oxidation when trying to achieve just the right beer colour and of course, the right flavour! While not all oxidative flavours are bad (sherry/ vinour flavours released by oxidation can be great for dark beers which are barrel-aged) oxygen is by and large, one of beer’s biggest enemies. So if you order a beer that’s way darker than it ought to be, you’re probably going to want to check for off-flavours first.

Other Beer Colour-Impacting Factors To Keep In Mind 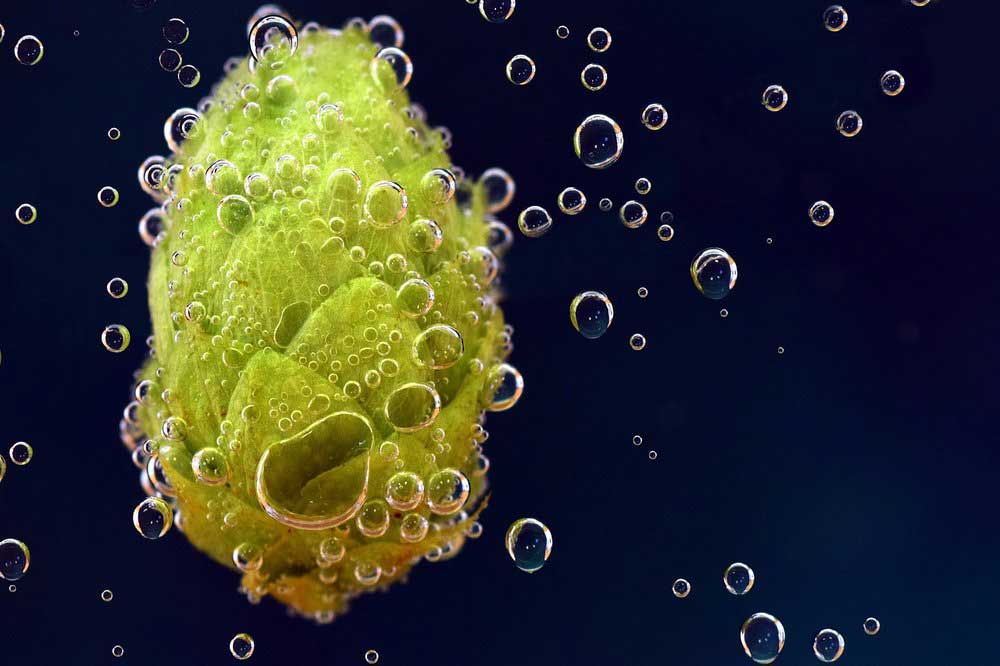 As a result of Maillard reactions, the longer a beer is boiled for, the darker it will be. The more acidic the pH of the mash, the paler the beer. Polyphenols and acids left behind by hops also play an important role here as they help light to reflect off the beer while sometimes, imparting a certain amount of haziness to make the perceptible colour appear lighter. 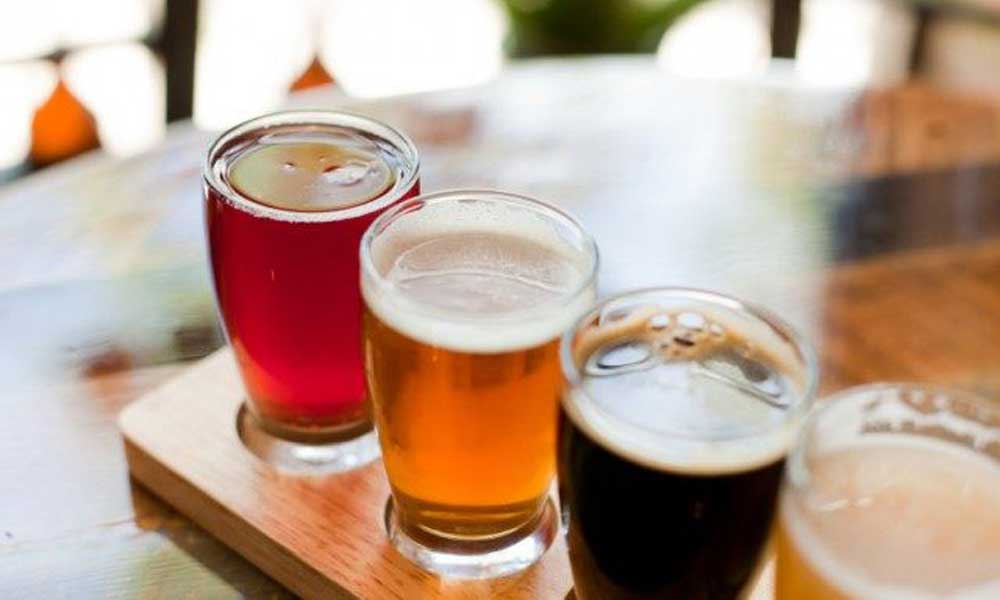 It is a conventional belief that lighter-coloured, paler beers automatically mean a low ABV (alcohol by volume) – while the darker a beer, the higher its ABV.

This couldn’t be further from the truth. Guinness, a Dry Irish Stout is a dark beer and is considered to be a great example of a ‘session beer’ by many because of its low ABV of 4.2 percent. Similarly, it is not uncommon to find double-digit, Belgian-style Golden ales either! 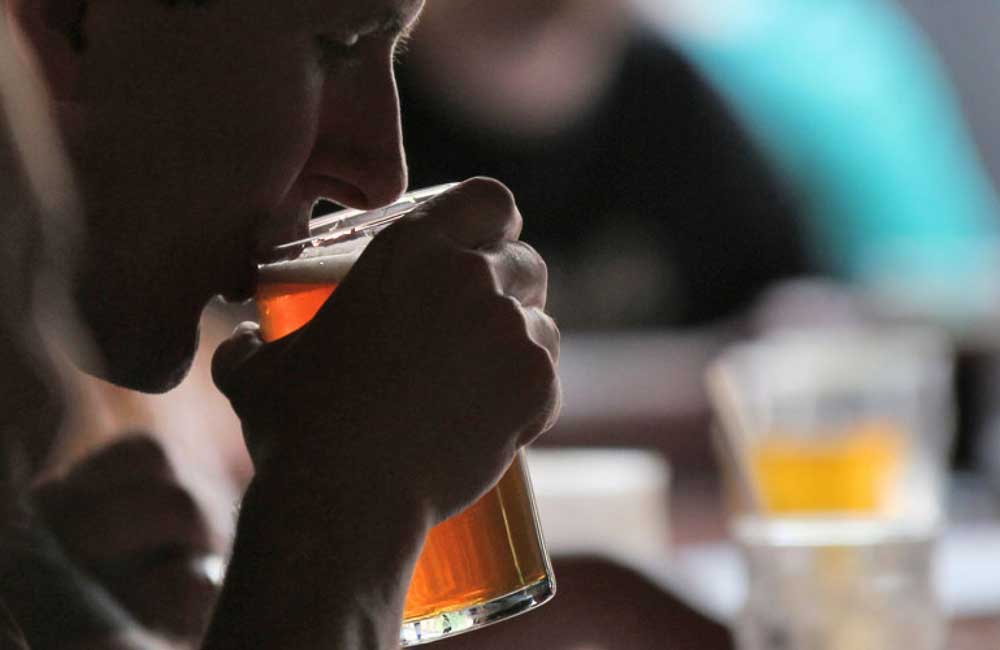 The general, safe rule of thumb when it comes to the impact of colour of the flavour of a beer is this: if a beer is dark because it contains roasted malts, you can look forward to chocolate and coffee notes. Malt-forward, copper-coloured beers will give off distinctly biscuity and bready flavours while light-coloured beers will carry a more grainy crackle.

While a beer’s colour can give a drinker some hints about its flavour but there is no hard and fast rule. With the craft beer industry constantly diversifying styles, craft brewers remind beer drinkers that “colours can give us probabilities but not certainties”. That is why, it is always best to keep an open mind and experiment with as many styles as possible to see if your palate tastes the same thing that your eyes see!