Home / News  / Craving some craft beer? Here’s how to get a pitcher

Craving some craft beer? Here’s how to get a pitcher 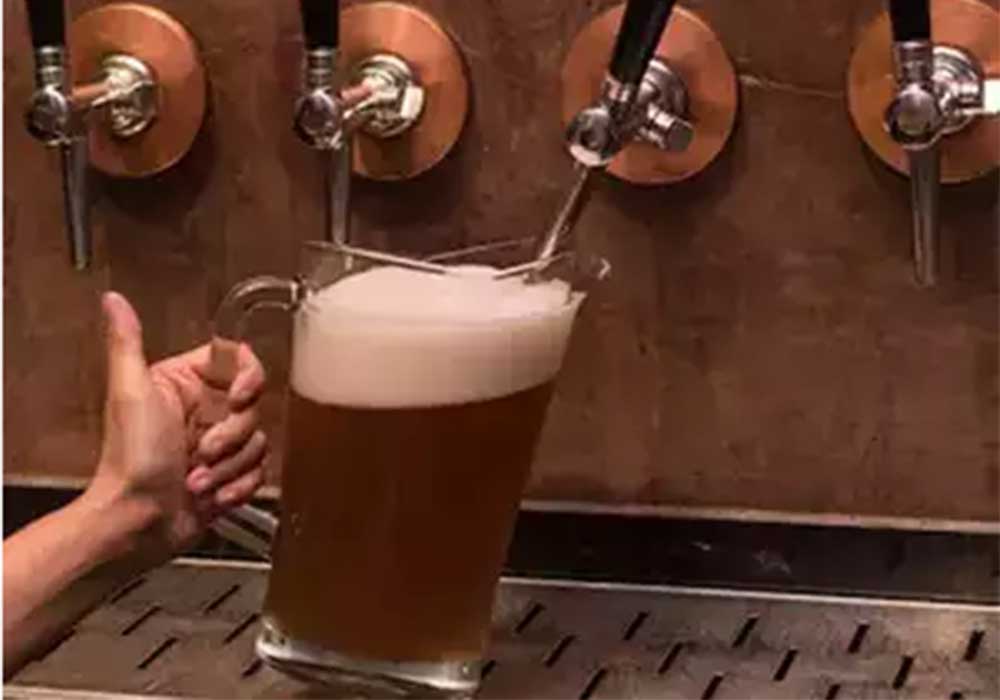 Soon after the permission to open liquor shops, followed by the state government’s permission to restaurants, clubs and bars to sell liquor at retail prices, comes good tidings for breweries. On Wednesday, the Excise Department allowed microbreweries to sell their stocked-up craft beers as takeaway from May 14.

As per a request from Craft Brewers Association of India, Bengaluru, the government has announced that the new order is in place to mitigate the financial hardship faced by microbreweries. This permission applies only to the existing stock of beer. “The move will help generate liquidity and increase cash flow to paty salaries,” said Kunal. However, he feels the decision has come a bit too late, as they had to drain out their wheat beer as it was in storage for too long. “I hope the government allows home delivery of beer soon,” he added.

A senior official in the excise department said, “We have allowed the sale only in glass ceramic and stainless steel containers up to two litres. The permission is only for take away. They cannot brew fresh stock. The permission stands till June 30 this year. We are charging three times additional duty as compared to the regular days.”

Pravesh Pandey, director and partner of Byg Brewski Brewing Company, said they are looking at multiple options to get glass, ceramic or stainless steel containers, with screw systems. :We will ramp up the purchase of these bottles after three days,: he said, adding that only Hennur and Sarjapur outlets will be opened for now. “We will sell about six types of beer at the Sarjapur outlet and about 10 at the Hennur outlet. It takes a minimum of 14 days to produce one batch of beer, which is stored in bright beer tanks (BBT) at a chilled temperature. The shelf life of beer is around three months. These are being tested right now and most will be ready for sale from 9 am on Thursday.” Pandey added.

Rekhansh Karamchandani, founder, XOXX Brewmill, said they will be selling the craft beer with a discount of 30 to 40 percent. “We have around 6,000 litres of beer in stock. Customers can bring their own growlers,” he said. Only five people are allowed inside the pub at a time.

Director of Levitate Brewery and Kitchen, JP Nagar, Girish SV said he would be glad if the government allows an extension. “It will help us if we continue takeaway orders for the coming months,” he said.