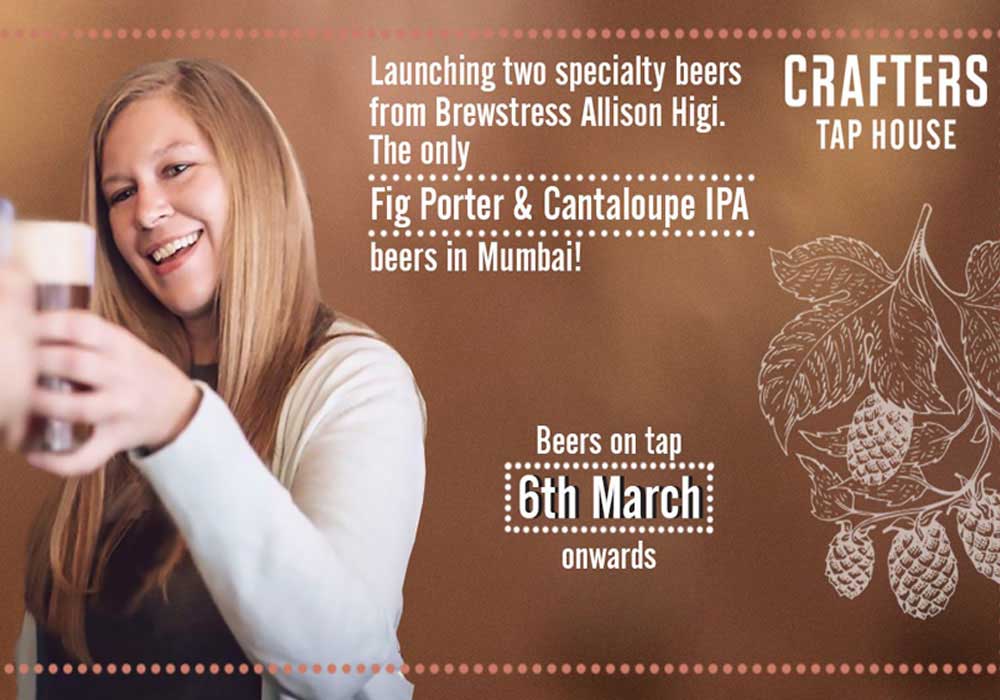 Not all beer drinkers today – or even brewers, for that matter, are your typical bearded hipster dudes with tattoo-adorned arms anymore. Women beer lovers and brewmasters have been increasingly making headlines about shaping the industry – not just by contributing exciting flavours, but also by fostering community values. 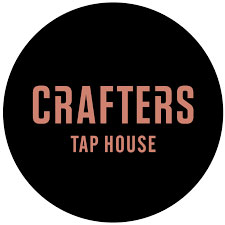 Four days later, the world celebrates International Women’s Day. It’s a day when the world in memory of the working women who fought hard for fair working conditions and pay, collectively celebrate and fight for gender equality.

Taking cue from this sentiment, Mumbai-based microbrewery, Crafters Taphouse, for the first time ever, is collaborating with renowned brewer – Allison Higi, from none other than the globally acclaimed association for representing and supporting women in the craft beer industry – the Pink Boots Society. The collaboration is part of the brewery’s talent exchange programme called ‘Crafters Movement’ that invites brewers from across the world to India to brew and demonstrate their signature styles to local beer consumers. As of today, Allison Higi is Crafter Taphouse’s first-ever woman brewer. 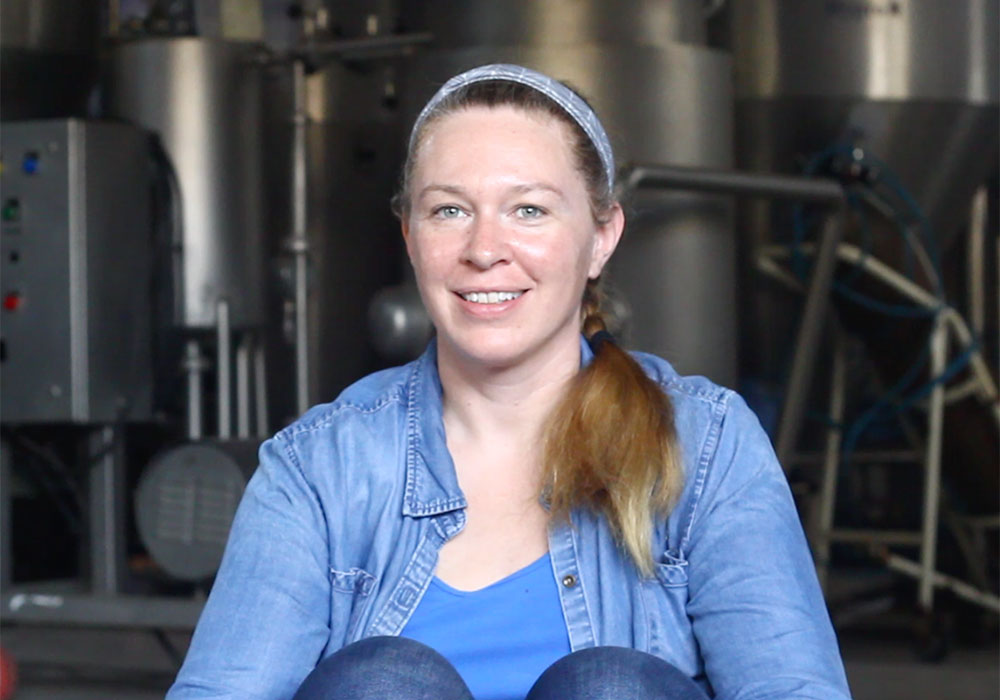 “Every year, the Pink Boots society holds a worldwide collaboration brew for International Women’s Day and I am both delighted and honored to have been invited by Crafters to participate in the project from the other side of the world,” says Allison excitedly. “It’s nice to witness firsthand, that the passion that people possess for beer is equally strong, even across borders and cultures. I feel privileged to be able to share my experience and techniques of the craft beer industry on a platform such as this and to meet with enthusiasts who truly love and enjoy beer as much as I do.”

Together with the team at Crafters, Allison will be brewing two new beers exclusively in commemoration of Women’s Day. The first one is an IPA brewed with cantaloupes – a type of sweet-tasting melon that’s commonly grown in Allison’s hometown, Indiana. The second, is a porter infused with the flavour of figs. 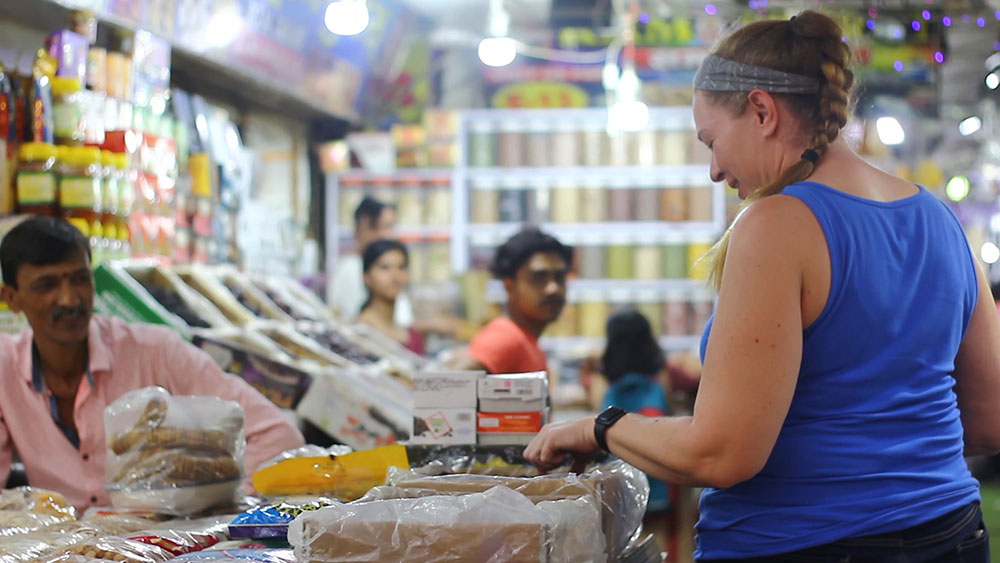 “Figs, I’ve found, are very common in India and we thought their deep sweetness would blend well with the signature, malty character of a porter. In case of the IPA too, the sweet flavour of the cantaloupe would offset the overall hoppy bitterness of this classic beer style beautifully,” explains Allison. “We went to the local market personally to source the figs and the cantaloupes and it was quite an experience for me. It was my first time to the local markets here in India and I absolutely loved the vibe and energy! I was mindblown by the sheer variety of ingredients and it was really neat to try them all and meet with the vendors.”

But we were curious. Did Allison always know so much about beer? 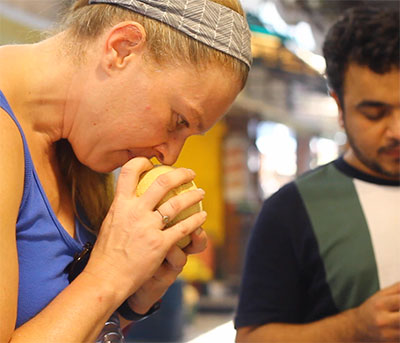 “I was a Chemistry and Biology student with no plans of becoming a brewer,” Allison told us. “My parents didn’t drink either, so I actually didn’t know much about beer growing up. Once I began brewing, I realised that I was looking at it through the eyes of a scientist. I evaluate each part of the process from a biochemist’s perspective and use that information to make my decisions. I allow the beer to direct me as opposed to directing the beer. I see that not all brewers think that way and I think that is my contribution to the industry: to bring something different to the table.”

And what of the challenges she faced in an industry that has, for the longest time, predominantly been a male-dominated one?

“Often, I feel that I have to defend my education and experience to men who think that they might be more knowledgeable than me only because they are men,” opens up Allison. She also recounts a funny incident – “There was this time I was working in a corporate brewery. We had a Christmas dinner with the folks from the corporate office. At the dinner, the CEO of the company began to praise the work of the brewers and asked for “all the men from the brewery to stand up” so they may be recognized. I was the first and only woman to work at that facility and clearly, he did not know that a woman had been hired and worked there. Regardless, I stood up awkwardly along with the men, while everyone clapped for us. Oh, dear!”

However, Allison has a different story to tell when it comes to working with Crafters Taphouse. “Both Prashanth, the head brewer at Crafters and his team have been incredibly respectful and hospitable towards me.

In fact, not all brewers think alike, but Prashanth and I totally do! Simplicity is key and process is everything. When discussing how we would brew the beers, we agreed on everything right from the beginning – which has not been the case for me with other brewers I have worked with before. His team too was super supportive. They take safety very seriously and under Prashanth’s guidance, they have become well-versed with the intricacies of the processes.

We worked closely together as a team and learned so much from each other. Whether I was a woman or not didn’t matter and that’s how it should be everywhere.”

And what’s her final word of advice to newbie brewers?

“Brewing is hard, physical work. Stick to it! Some days will be difficult and you’ll want to quit, but you need to wake up each morning, make your way to the brewery and keep at it,” says Allison firmly. “Brewing is using science to create art that people can drink and enjoy. While the work is difficult and at times, dirty – seeing people enjoy the beers you make makes it all worth it in the end!” 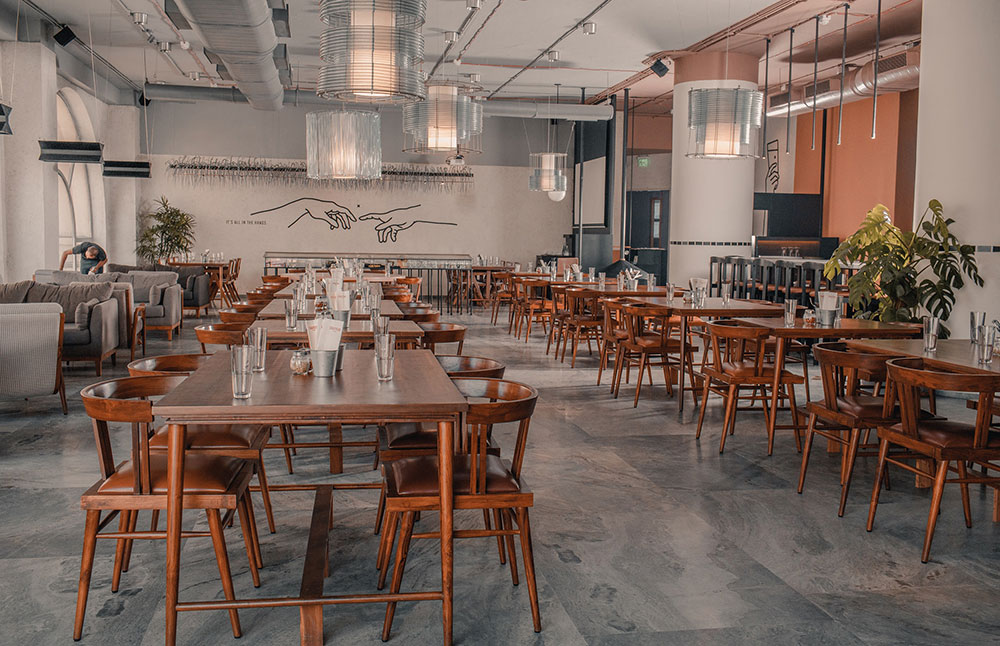 Allison’s brews will be launched at Crafters Taphouse, Powai during the Woman’s Day week which commences on March 6th, 2020. Crafters will also be hosting a special Meet and Greet session on that day as a part of the beer launch, where people will get to directly interact with Allison and get to know more about not just her as a brewer, but also to get a better understanding of the industry. For more information, follow @drinkcrafters on Facebook and Instagram.