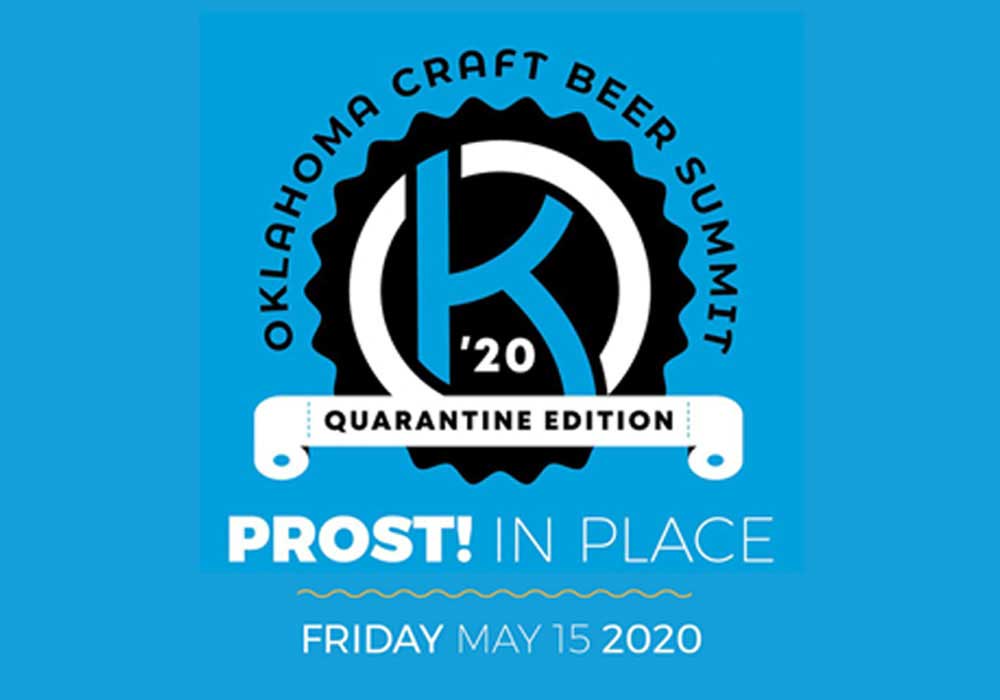 The COVID-19 pandemic has altered nearly every facet of life and commerce, but one particular area stands to be gutted more than almost any other: large scale events.

In the beer industry alone, event casualties are numerous. The Brewers Association has now canceled three of its marquee events, including the annual Craft Brewers Conference in San Antonio, Texas, SAVOR beer and food pairing event in Washington, D.C., and HomebrewCon in Nashville, Tennessee. The toll on the not-for-profit trade group has been substantial as events accounted for more than half (58%, or $16 million), of the organization’s revenue in 2019, Forbes reported, citing the BA’s most recent Stewardship Report. In late April, the BA laid off 23% of its staff.

The Great American Beer Festival, the BA’s largest consumer-facing event and the largest beer festival and competition in the U.S., is still slated to take place September 24-27 in Denver, Colorado. During a Brewbound Frontlines panel discussion last week, BA senior VP Paul Gatza said the organization surveyed its members on their interest in participating in the festival this year.

“From that survey, we’re confident that at least the competition will take place,” he said. “As of right now, we’re moving forward with GABF plans, as well as contingency plans with the knowledge that experts are learning more every day about the risks.”

Popular regional beer festivals have also pulled the plug on their 2020 events, including the Oregon Brewers Festival in Portland, Oregon, and Great Taste of the Midwest in Madison, Wisconsin.

Even Germany’s famed Oktoberfest has been canceled.

Without a vaccine on the horizon, thousands of people congregating for any sort of event seems unlikely. Beer festivals are particularly risky — as attendees hand their cups to servers for multiple samples throughout a session, and those sample pours are often shared and sipped by other festivalgoers.

The loss of festivals and events has also been devastating for state brewers guilds, non-profit organizations that rely on event ticket sales and dues from member brewers.

As Gatza pointed out, large events are “a lot more complicated than just saying go or no go.”

“There’s contracts to look at and a lot of pieces to unravel,” he said. “If we can’t do [GABF], that’s going to be a real bummer. If we can do it, I can’t wait to see everybody.”

Without its annual mid-May Oklahoma Craft Beer Summit — a reliable fundraiser — the Craft Brewers Association of Oklahoma (CBOA) was facing a potential loss of thousands of dollars. A creative solution was needed.

“Just one day, kind of organically, it was like, ‘Hey, what if we move this online? What if we made this virtual?’” CBOA treasurer and COOP Ale Works director of sales and marketing Sean Mossman told Brewbound. “Well, that would be cool, but then it’s just a conversation — how do we do beer? How do we make this a beer festival?”

The Oklahoma Craft Beer Summit ’20 Quarantine Edition was born and planned in about a week, with the blessing of the Alcoholic Beverage Law Enforcement (ABLE) Commission of Oklahoma, Mossman said.

Tickets for the sold-out virtual festival on May 15 came with a plethora of beers to sample and an evening of guided tastings and panel discussions about styles, brewing and the beer industry. Panelists include beer industry veterans such as Ska Brewing co-founder Dave Thibodeau, Brewers Association chief economist Bart Watson and Wormtown Brewery general manager Scott Metzger. Those discussions will be broadcast on the CBOA’s Facebook and Instagram pages and are free to join.

Guests purchased tickets that included a kit of 24 beers from breweries across Oklahoma, including Oklahoma City-based COOP Ale Works, Tulsa-based Dead Armadillo Craft Brewing, Norman-based 405 Brewing and Stillwater-based Iron Monk Brewing. Kits could be retrieved at designated pickup locations strategically placed across the state, where IDs would be checked against tickets, a provision of the ABLE Commission.

With the help of sponsors and “monstrously low overhead,” Mossman said the virtual festival has helped the CBOA raise multiple times more money than a traditional in-person festival.

“We’re spending about $3,000 to raise about $50,000, so we’re pretty fortunate,” he said. “This would take us probably three festivals to generate this much revenue. And really, our only real expense as a guild is probably our lobbyists at the Capitol. We’re pretty self-governed and self-run, but that is our biggest expense, and it’s the most necessary expense.”

“This is just our new world — we’re all used to Zoom calls, we’re all used to continuing education online now,” Mossman said. “Taking that from the theater environment to the online environment is pretty easy and pretty natural, but also allows us to create a lot more value for the ticket holder.”

Online beer education has become more accessible than ever, as the BA quickly pivoted to shift most of its Craft Brewers Conference seminars online for the first time. HomebrewCon, the annual educational and social gathering for members of BA offshoot the American Homebrewers Association, was planned for next month but has also moved online. Registration for the virtual conference starts at $99.

Across the country, virtual tastings such as CBOA’s have become so commonplace that the California Alcoholic Beverage Commission offered regulatory relief to make the practice permissible for California’s wine industry. The ABC is temporarily suspending its rule banning California wineries from providing complimentary samples as an incentive for purchase, lifting the limit of one ounce per sample and permitting wineries to offer free delivery. However, these temporary changes to the law are only valid in California.

“The department cautions winegrowers who wish to provide a ‘virtual wine tasting’ to customers outside the state that they will need to comply with all laws of the state where the tastes are being shipped,” the ABC wrote in an April 22 email.

Instead of hosting its second annual beer festival in Charlotte, North Carolina, Untappd has also moved the event online on June 13 and 14.

“While we can’t wait to reschedule our live events once it’s safe to do so, we’re excited to offer beer fans a brand new way to connect with breweries directly from their homes,” Untappd director of festivals and live events Talia Spera said in a press release.

Participants have the option of two experiences — one with beer shipped to them and one in which they purchase their own. The Drinking Socially Package costs $89.99 and includes 11 beers to samples during two virtual panels, $10 gift cards to the Untappd merchandise store and Half Time Beverage, the event’s retail partner and beer shipper. Beer packages can be shipped to ZIP codes in 28 states and Washington, D.C., according to local laws.

The Stay at Home Stream package costs $15 and includes access to the virtual panels and is available everywhere.

A portion of sales from both tickets will be donated to the Restaurant Strong Fund, which supports out-of-work service industry employees. 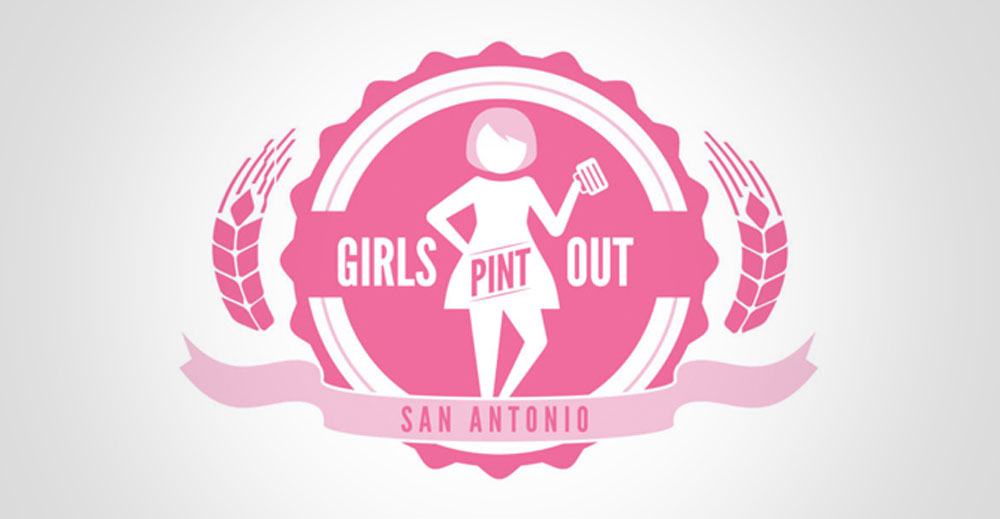 The practice of using video conferencing technology to gather over a beer has become so popular that the San Antonio, Texas, chapter of Girls Pint Out, a nationwide community for women who enjoy craft beer, has increased the frequency of their monthly gatherings to weekly. Jackie Romero, the chapter’s co-president, discussed the events during the Craft Women in Collaboration panel as part of an online-only CBC seminar.

Each week during the group’s On Wednesdays We Drink gathering (a nod to the movie Mean Girls in which a main character declares “On Wednesdays, we wear pink”), a local brewery is highlighted and chapter members log into Zoom for a conversation about craft beer.

Romero said the chapter cannot host traditional events until Texas’ ban on gatherings of 10 or more people is lifted.

“That’s just because of the nature of our 30 [or] 40 women that are gathering on a monthly basis,” she said. “While it doesn’t look traditional, we have had local breweries that have sponsored our On Wednesdays We Drink. It was monthly, but now it’s weekly.”

Beer is donated and distributed to members, or members can purchase the week’s designated beer to support the brewery.

Zoom and other video conferencing platforms have helped people connect over beers, but what about the other kinds of events that breweries host?

Harpoon Brewery’s annual five-mile road race has taken runners through the streets of the brewery’s Boston neighborhood for 18 years, but this weekend, the 19th edition of the fundraising race will be virtual.

“Run, walk, pushrim, handcycle, or skip 5 miles on Sunday, May 17th from your house, on a treadmill or on a trail using proper safety precautions,” the company’s website said.

Entrants received a printable bib to wear during their run and a race bag filled with gifts from sponsors in the mail. Some race packages included T-shirts and beer and a ticket to a festival at the brewery in the future. The race raises funds for the Angel Fund for ALS Research.

More than 3,000 runners have signed up, according to director of digital strategy Megan Baker.