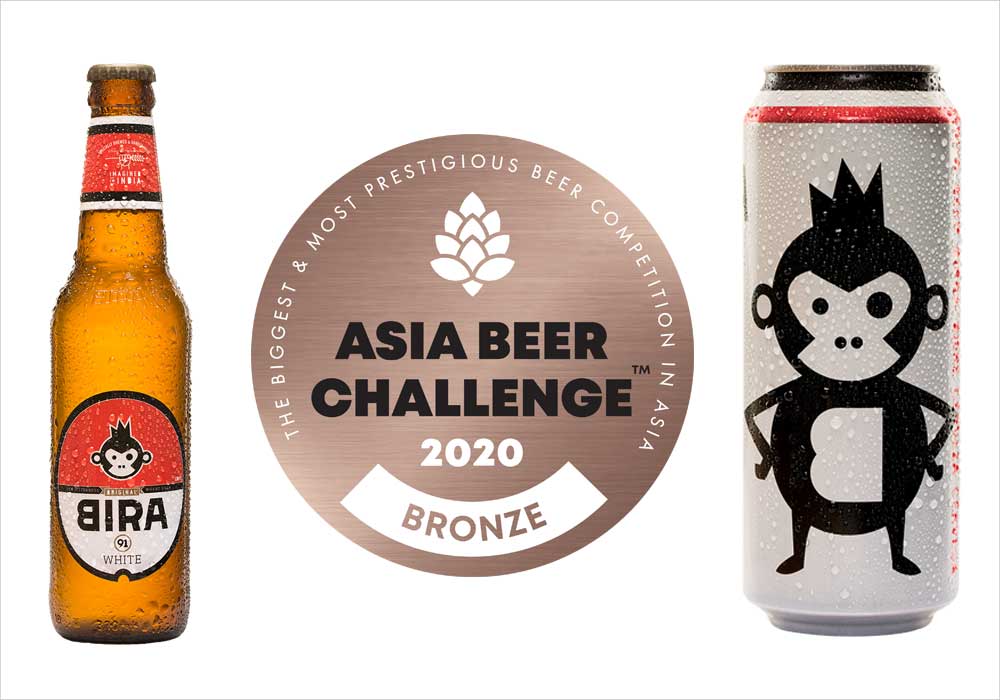 Bira 91, the much-loved beer brand from India has been recognized as a top wheat beer in the world and awarded a Bronze at the prestigious Asia Beer Challenge Award 2020. Its flagship variant Bira 91 White won in the Belgian Witbier category. The white is their low bitterness wheat beer, brewed with coriander and orange peels giving it a citrus burst with a soft fruity finish at a strength of 4.9% ABV. Bira 91 has always aspired to bring flavorful beers for its consumers.

As a young and ever evolving company, Bira 91 has constantly been innovating. What started off as a brand with two beers, white and blonde, today has 8 in its portfolio including Limited Release beers such as the Indian Pale Ale brewed with Pomelo and Malabar Stout launched its first taproom in the beer capital, Bengaluru; with 20 beers on tap, the taproom is the brand’s innovation lab where consumers get to rate beers and their feedback will be used create the next Bira 91 national release.

Deepak Sinha, VP of Marketing on the win said “This is a proud moment for the entire team. With entries from around the world, we are one of the few beers in Asia to be recognized, with the list being dominated by Belgian and American beers. As far as I know, this is one of the first times an Indian beer has been recognized with such an accolade at a competition that included over 100 international beer judges. It’s a great vote of confidence to our “Imagined in India” portfolio”.

Ankur Jain, CEO & Founder said, “Having our flagship Bira 91 White being recognized as one of the top wheat beers in the world, is a matter of prestige and honour. It’s a moment of pride for our company and for India. Special shout out to our world-class brewing team for truly achieving new heights”.