In order to lift the mood of several of its lock downer fans, Bira 91’s VP of Innovation Brewing, Thomas Hartman – decided to come live on Instagram (for the first time in his life!) to hold a quick crash course on the “most important skill for any beer brewer or beer lover to have” – being able to taste beer. He also gave his audience some quick tips and pointers on mastering the art of pairing beer with food.

How to Taste Your Beer Right 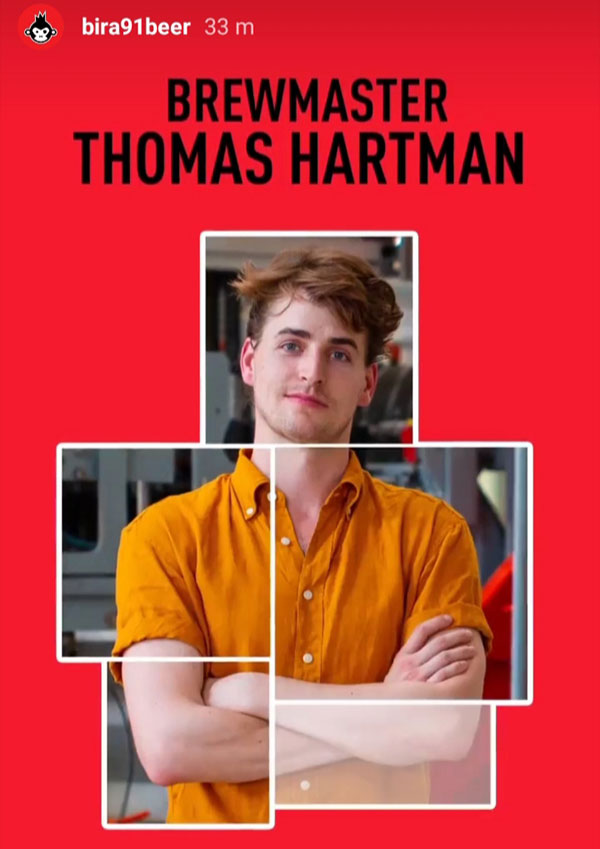 “Tasting beer is different from drinking beer,” explains Thomas. “Drinking is more for fun, when you’re out chilling with friends – just looking to knocking some back and having a good time. Tasting, however, is focusing on what’s really going on inside the beer. And there’s nothing that can tell you that better than your own human senses.

“Every person tastes different, but there is a process of doing a sensory evaluation of your beer, which involves using all five senses,” elaborates Thomas as he pours out some of his Bira 91 Blonde Summer Lager. “First, your beer shouldn’t be cold or warm – anywhere between 8 to 10 degrees Celsius is ideal.

You will also need a little fresh clean glass – so you can take smaller samples to get closer to the beer. Pour out the sample – say about 1/4th. Observe the foam: how does it look? Does the beer look clear or hazy? In this case (the Blonde Summer Lager’s),

it’s super clear because we filter our beer really well.

Also, another thing to look at is the colour. If your beer is dark, chances are it’s made with roasted malt because the more you toast malt – the darker it gets, just like bread! Bira’s Blonde Summer Lager uses pale malt, that’s why it’s got this light, golden colour.” 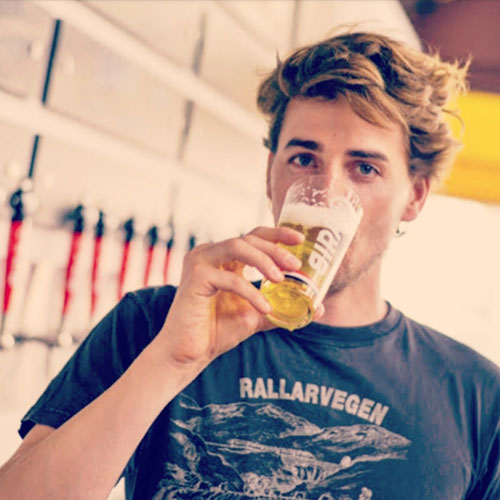 Next, Thomas explains how to do a quick drive-by where you quickly pass the beer under your nose. “Take short, sharp sniffs – don’t inhale deep. Notice how dogs and rabbits sniff?” chuckles Thomas as he demonstrates it. “Think about your nasal receptors – you don’t want to overwhelm them with the aroma. Swirl your beer if you want to release more CO2 and aroma compounds. Does it smell like fresh grain? Does it have a floral character? Try and think about what you’re smelling and basically associate it with things you eat or run into your daily life.”

Thomas further goes on to share an interesting personal anecdote. “Sometimes when I’m working at the brewery, I get this whiff and I think of my Grandmother’s back yard, which used to be full of geranium plants. That’s because some varieties of hops and geraniums often have the same compounds. So that’s how I learned to make personal connections to help me taste and make better beer, “he explains. 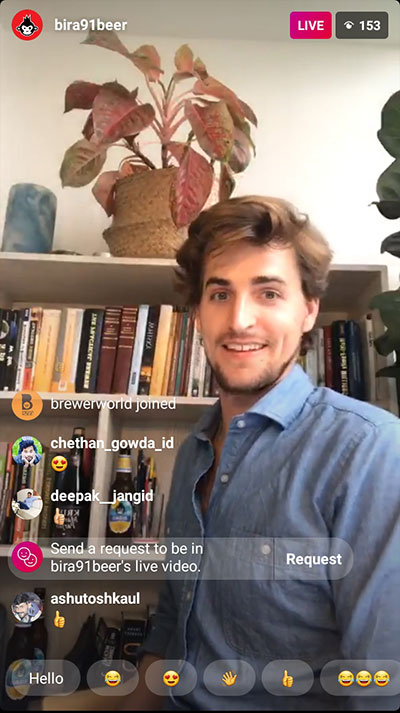 “Now, after all this talking, I’ve got to taste my beer,” announces Thomas. “Don’t take a huge gulp or a really tiny sip: you want just enough to roll around in your mouth. Make a note of the acidity, the sourness, the bitterness. Also, pay attention to the mouthfeel. Is it thick or thin, like water? Does it finish sweet or does it leave a lingering bitterness?

And finally, Thomas demonstrated the “retro olfactory” method of tasting beer where you do the usual beer-tasting steps until you reach the point where you need to taste it. This may be a little tricky in the beginning but once you get the hang of it, you’ll see why it’s so great!

“Ever laughed while drinking? Have you ever snorted beer out of your nose? That’s because there is actually a hole that connects the back of your mouth with your nasal passage.”

Using these two senses together can really help break down the flavour and aromas of the beer.

“Take a gulp, and while the beer is warming in your mouth and releasing those aroma compounds, blow the CO2 out of your nose.”

How do you become a good beer taster? “Well, the thing with beer tasting is there is no right or wrong answer,” says Thomas. “If you like it, drink it. Just make sure you know why you like it.

Also, practice makes perfect and luckily, in this case, practice is also fun,” he laughs. “Try and make mental connections with experiences and foods and that will also help you learn a lot about your own taste preferences and choices.” 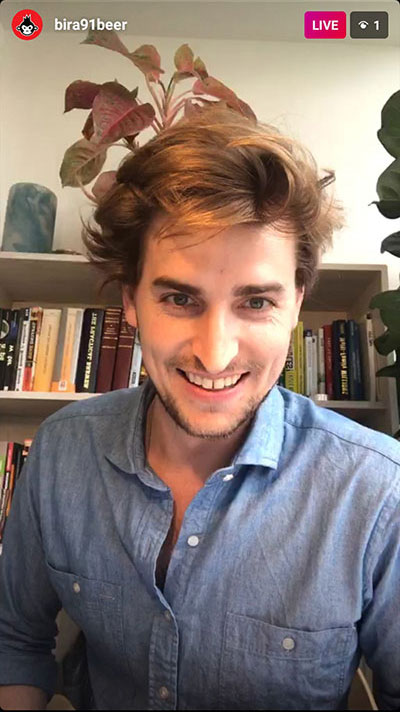 “I know cricket is like a religion here in India, so everyone, just remember: ICC,” says Thomas, grinning mischievously. “It stands for Intensity, Complement or Contrast, and Cleanse.”

Match the intensity. Make sure the food and the beer you are picking are relatively in the same level of intensity. So if you’re have guests over and you want to start with a light, refreshing and crisp salad? Pair it with something light like a wheat beer.

The second method is to taste your dish and to think about if you want to complement or contrast the flavours. The former is way easier. But while contrasting is harder to do, it tastes spectacular if you can master it. For instance, you can complement a chocolate cake with stout. The roasted grain, chocolaty character in the beer really compliments the rich flavours of the cake.

On the other hand, you could also contrast the rich chocolate flavour with a really dry, tart, cherry-flavoured sour beer.

The third part is “cleanse”. Beer is better to pair food with than wine because it has carbonation. CO2 cleanses your tongue and scrubs all the greasy fats off your palate. So every time you taste your food, you start over with a cleansed palate.

“That’s why pizza and lager will always be the bomb,” says Thomas excitedly. “Pizza has a rich cheesy character and beer being highly carbonated, clears it all away. So every time you go back and take a bite, it’s like the very first one.”

Want to join in on more of Bira 91’s live events? Follow them on @bira91beer to stay connected during this lockdown!