Beer Gardens Bloom around the City 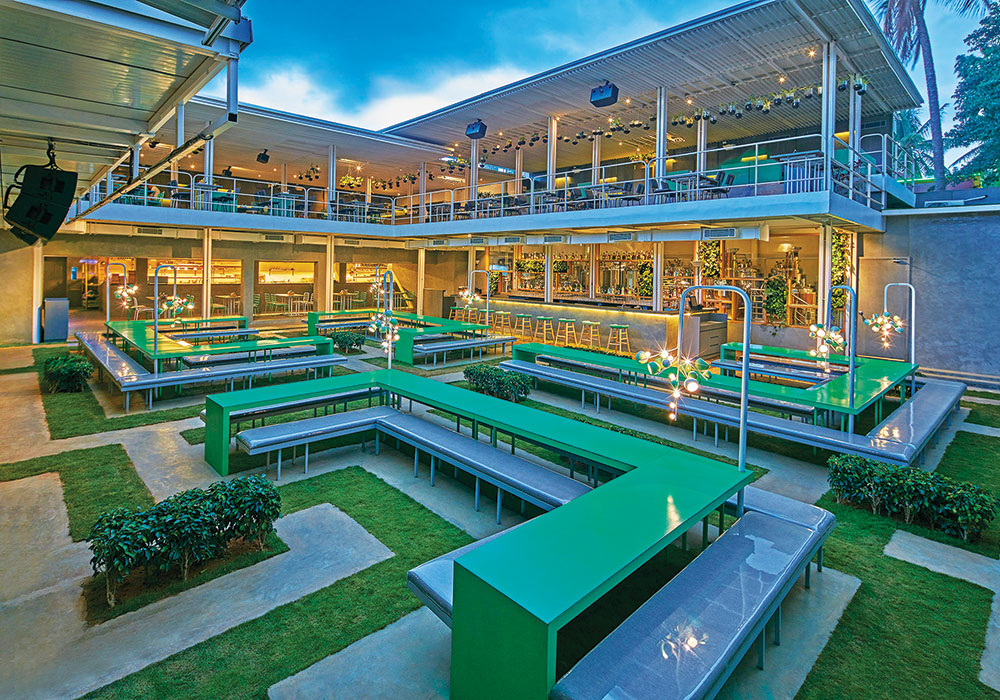 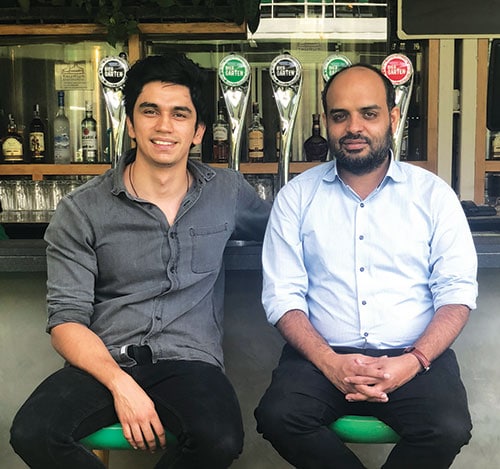 The concept of a ‘Biergarten’ dates back to 18th century, commonly referring to a German outdoor central beer pouring station, it’s a tradition Europeans have enjoyed for centuries, on communal tables where friends and strangers mingle in a lively, warmer atmosphere, energised by a regular schedule of music. Spread over 14,000 sq ft, the Biergarten in Whitefield, Bangalore brings a modern beer garden experience to Bangalore, offering authentic German Hand-Crafted beers along with a few American Craft Beers.

Though, we are a Biergarten which is a German concept, but we did not restrict ourselves to only German brews. We do an IPA which is an English style and we are famous for that. We also brew an amazing Hefeweizen which is one of our most selling beer”, adds Nikhil

Managing Partners of Biergarten, Nikhil Wahi & Kapil Dua, cousin’s whose love for beer, lead them to set up Bangalore’s first ‘Biergarten’. Working together at Shakti Foods & Beverages Services LLP but were always eager to set up microbrewery in the state. Kapil Dua isn’t a stranger to the FnB scene. Graduating from IHM, Bangalore, Dua’s career with 5-Star Hotels is indeed a long and enriched one. Equipped with engineering degree in electronics & communication, Wahi’s passion for craft beer grew from travel, experience and a lot of research. Nikhil Wahi, in conversation with Sangeetha Somanath of Brewer World, sharing his story behind the creation of ‘Biergarten’ in Bangalore. 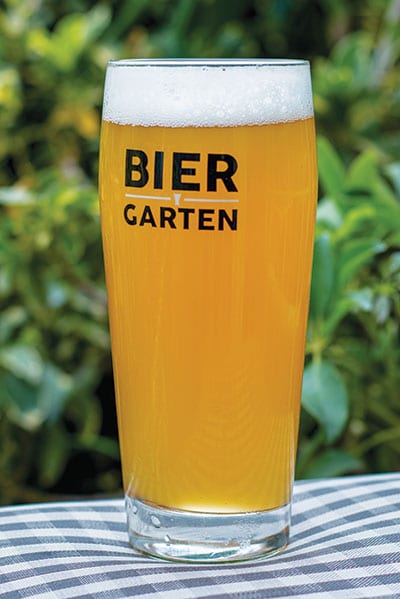 Setting up a brewery in the Country, is an extensive rigmarole of licenses, space management and where to invest your money and on what. Bangalore adds another twist for brewery owners, by creating a clause that states every microbrewery has to have a minimum of 10,000sq ft to start operation. Asking Nikhil about the challenges they faced, ‘running an F&B space itself has become a challenge. And running a brewery comes with its own sets of dilemmas, especially while obtaining multiple approvals from authorities to start the brewery.

Biergarten’s portfolio boasts of rich, robust flavour from Smoked Lagers, New England IPA’s, Orange Pale Ale and a range of seasonal and Oktoberfest brews. “Though, we are a Biergarten which is a German concept, but we did not restrict ourselves to only German brews. We do an IPA which is an English style and we are famous for that. We also brew an amazing Hefeweizen which is one of our most selling beer”, adds Nikhil. “Our Brewmaster, Lalit Vijay comes from the commercial brewing background, and works his magic to make Biergarten what it is today. From fresh ingredients, to infusions, he’s constantly testing and carrying out new brews to add to the menu’. 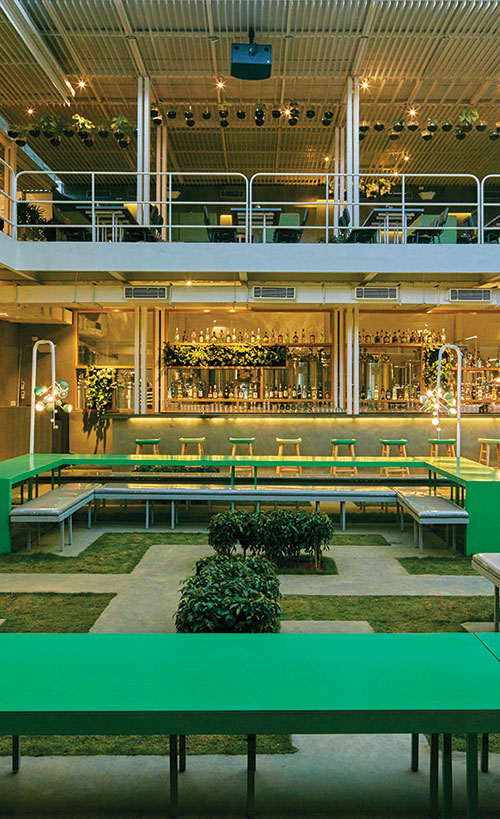 No exception to the festivities of Oktoberfest, Biergarten’s curates a special food pairing menu introducing consumers to authentic German Cuisine and brews. “While, the tradition of Oktoberfest is warmly welcomed every year in Germany, Biergarten contributes to the tradition by introducing special menu for the season. There is no doubt the German Beers quite evidently steal the show. Our Marzen is a Lager with caramel notes and is definitely a thirst quencher, and due to high popularity, the batch was over in a week’s time.

Our Smoked Hefeweizen is one of the finest experimental brews served at Biergarten and there are only two words to describe it – ‘Liquid Bacon’’, states Nikhil. “The idea of creating our food menu was clear, we want to serve comfort food. And food I would like to order while going out. Our chef has over 20 years of experience and is associated with prominent restaurants in the country. His attention to detail compliments our beers, hence our menu reflects a very continental vibe. Filled with exquisite dishes like Tellicherry Pepper Prawns with a tinge of coconut, spicy steamed BBQ pork, Smoked Chicken and Pesto pizza, Stir Fried Pork Chilli Pork Chops with sticky rice and our Lamb Prik Thai with its sensational tang & spice combination. One really has to visit a couple of times to cover the entire feast. And for all the sweet-tooth consumers, our desserts scream of decadence. Remember to try the Biergarten Deconstructed Black Forest Cake, it’ll tease your tongue with a variety of textures, and flavours’.

When asked about the safety management culture in the craft beer industry, Nikhil explains “We completely understand the need for safety in the craft beer industry and we make sure to apply it on different levels.” He goes on to explains the safety culture starts with the raw materials and ingredients, sanitation of the tanks, brew vessels which level up with the final product. “We try and recognise each level where we can apply controls. Also, all the installations we have are adhere to the safety standards”, adds Nikhil. Further inquiring about his plans for expansion, he smiles and adds ‘The future looks exciting! Expanding our presence, we’re set to launch another Biergarten in Koramangla, Bangalore. Also targeting to have 5 operations Biergartens by the end of 2020’.
Before we wrapped up our interview with Nikhil, we asked him if he had any words of advice for someone looking to enter the industry. “Only get into it if you have a passion for it. With multiple breweries entering the space, one focusing on quality with customer satisfaction”. 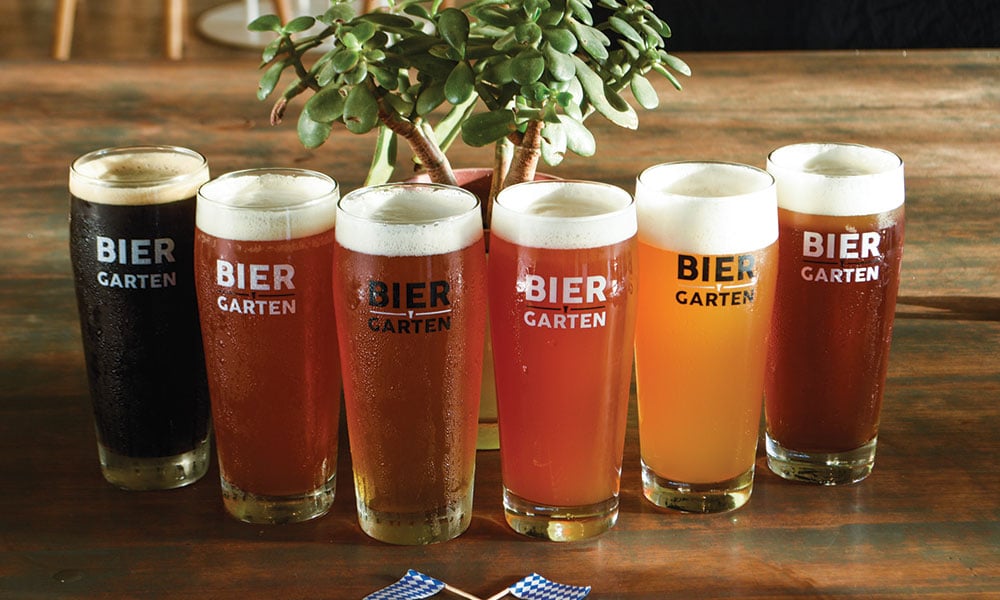