Home / Brands & People  / Atlanta-Based Beer Writer, Stephanie Grant Is Bringing The Conversation Back To What’s Lacking In The Beer Industry

Atlanta-Based Beer Writer, Stephanie Grant Is Bringing The Conversation Back To What’s Lacking In The Beer Industry 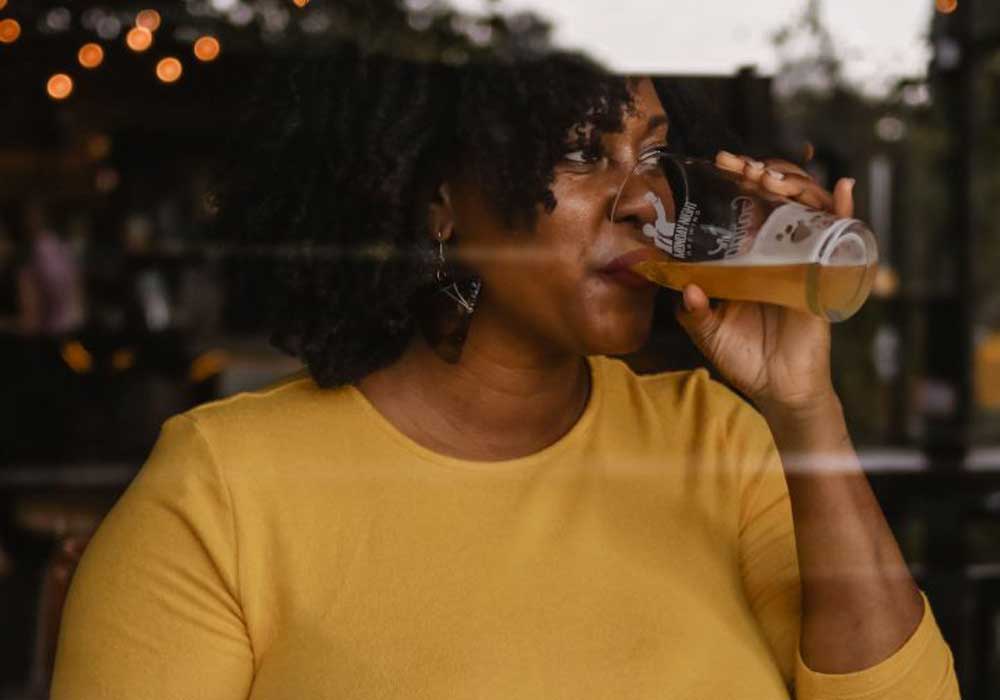 Beer is meant for everyone. After all, you don’t become the world’s third most consumed beverage for nothing.

The absence of diversity in the beer and brewing space is a difficult conversation to have and while it has certainly spurred an uptick in awareness, there is still a long way to go. 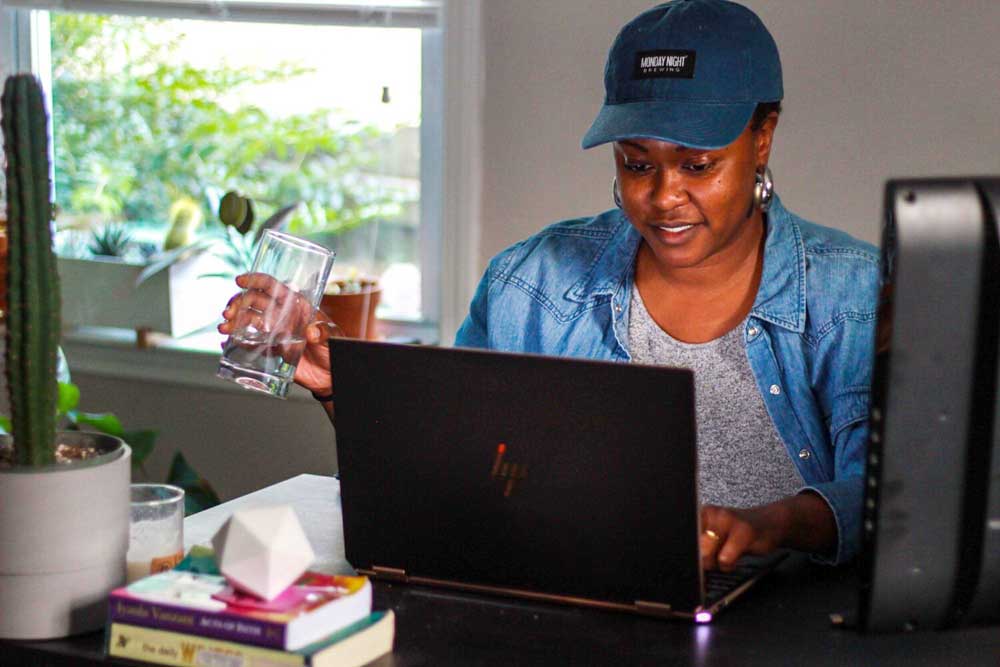 Beer writer Stephanie Grant wears her love for craft beer and her hometown Atlanta on her sleeve – and writes about all the wonderful culinary and craft beer experiences that the capital city of Georgia has to offer. But that’s not all.

Through her writing, Stephanie also addresses issues on diversity and inclusion and amplifies the voice of those who are not afraid to push boundaries and question the system, forging new pathways for others to tread on.

In this Q & A piece, Stephanie tells us more about her passion for beer, her support for the local brewery community and why it’s important to stand unified, now more than ever.

1. What’s the craft beer culture like in Atlanta? How would you say it has evolved over time?

The craft beer scene in Atlanta has grown tremendously over the last decade. Not only do we have more and more breweries opening, but the community of beer lovers is incredible. It’s diverse and close-knit in many aspects.

2. What triggered your passion for craft and writing about beer? When did you decide you wanted to pursue your current line of work?

I’ve always been a writer, but writing about beer didn’t happen until I fell in love with beer. After my first sip of Allagash White, I was hooked on craft beer. I started reading articles and books on beer. I was pretty obsessed. I remember reading an article about diversity in the beer industry, and it was written by a white man. After reading that article, I knew I had to write about craft beer to better capture the Black experience within the beer world.

3. What’s one of your fondest memories in all the years you have spent working in the beer and brewing space and why? What are some of your key takeaways while navigating this space?

When my first article, “Drinking While Black — The Isolation and Loneliness of Navigating All-White Taprooms,” for Good Beer Hunting was published. The reception from the beer community was incredible. When I wrote that article, I had no idea people would appreciate it as much as they did.

The craft beer industry here is still very much a predominantly white, men-led industry. It’s important that you’re in a space where you can be your true, authentic self. These spaces can be tough to navigate, and feeling comfortable and respected is key.

4. America’s latest elections proved that the voice of democracy rings louder than ever, demanding inclusion and diversity in all fields for all genders and races. What does this mean specifically in the field of craft beer and brewing? 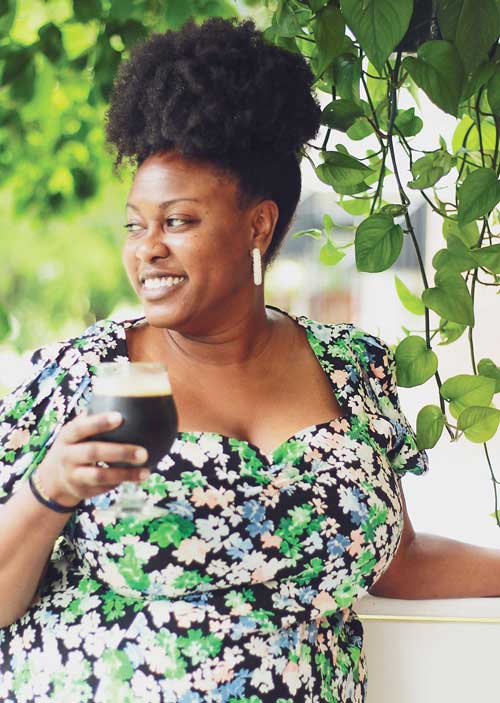 When she’s not writing, Stephanie spends her time experimenting with beer and food pairing

It’s time for brewery owners to look at how they approach diversity and inclusion in all aspects of running their business—sales, marketing, hiring, etc.

5. Why, in your opinion, is there a need to support local breweries now, more than ever? Please elaborate.

Breweries everywhere are struggling right now. While it’s nice to enjoy beer from around the country, how disappointed would you be if your local brewery shuttered? The best way to make sure that doesn’t happen is to buy beer from down the street versus across the country.

6. What, in your opinion, are some of the best ways to create a safe space for women in the beer brewing space?

Having a reliable, trustworthy HR person or department is SO important. Also, building a culture where those behaviors are not tolerated can go a long way in making women feel safe.

7. How important a role do you think social media plays in spreading the word of craft beer and the social issues tied with this industry? Please elaborate.

Very important, especially now that people aren’t visiting taprooms as often. Social media helps build a connection with beer drinkers. Through social media, people can get to know breweries, their values, their culture, and where they stand on social issues.

8. Research tells us your favourite beer style is the Imperial Stout. Please tell us why you can’t imagine life without them and what food do you usually recommend pairing them with?

I love all styles, but there’s something about the roasty notes of an Imperial Stout that I can’t deny. I love chocolate and coffee, so it’s no wonder I absolutely love Imperial Stouts. They’re delicious with a steak or a decadent brownie—two of my favorite dishes.

9. What tips can you give someone who is aspiring to be a beer writer?

I’ll give the same answer someone gave me when I asked for advice—read a LOT, specifically anything about beer. Also, it helps to narrow down what you want to talk about—there are so many aspects to beer you can cover. You don’t have to settle on something immediately. Play around and then when you find the right niche, own it.

Stephanie Grant has had many loves in her life, but craft beer continues to capture her heart; she’s an Atlanta native who loves experiencing a new city’s culinary and craft beer scene. When she doesn’t have her fingers on a keyboard, Stephanie’s in the kitchen passionately experimenting with pairing food with delicious ales and lagers.

Today, Stephanie spends most of her days creating content for Monday Night Brewing in Atlanta, GA—whether that’s for social media, their newsletter, or other channels. She also spends a good chunk of her day engaging with fans and beer enthusiasts. Follow Stephanie on @shelovescraft and https://www.stephaniegrant.co/to stay updated with what she’s drinking and writing about!