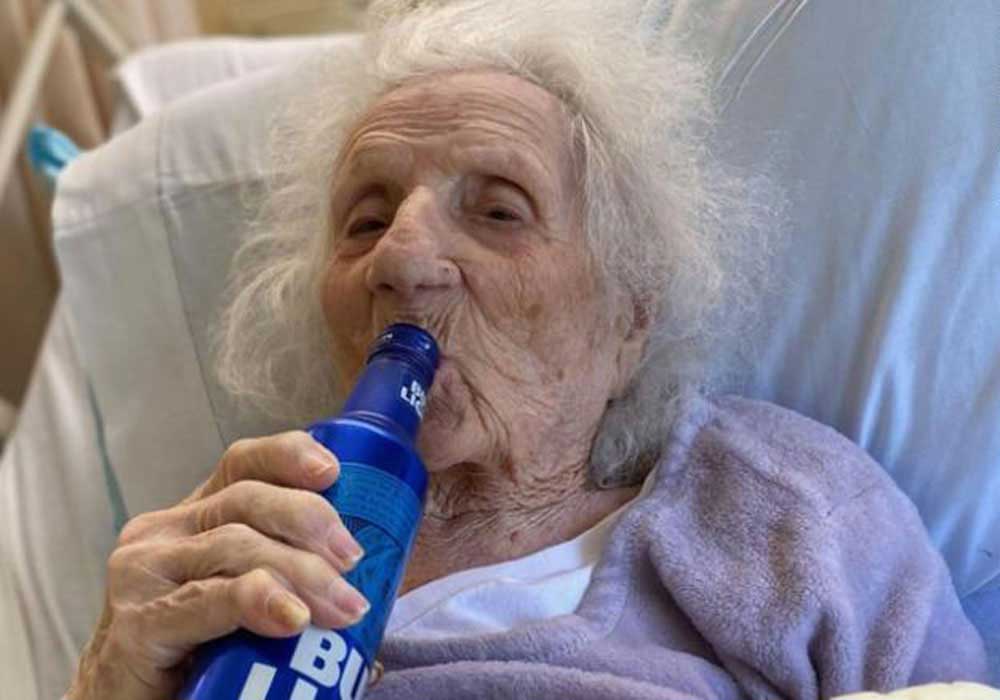 (CNN)A 103-year-old Massachusetts woman who recovered from Covid-19 celebrated with a favorite drink — a cold beer, her family told CNN.

At one point, her family was told that Stejna had stopped eating and drinking and might not make it through the night. They called her for one last goodbye, Gunn said.

When Gunn’s husband, a Navy retiree, asked Stejna if she was ready to pass away, she responded “Hell yeah,” according to the family.

But instead of a grim phone call from Stejna’s nursing home, on May 8 they received the news that she had tested negative, and was symptom-free, the family said.

The nurses came into her room, and she said, “I’m not sick anymore, Get the hell out,'” Gunn said.

The nursing home staff honored Stejna’s perseverance with one of her favorite treats — an ice-cold beer.

“I think it’s given everyone a smile and some hope, while it’s dark days for everybody,” Gunn said.