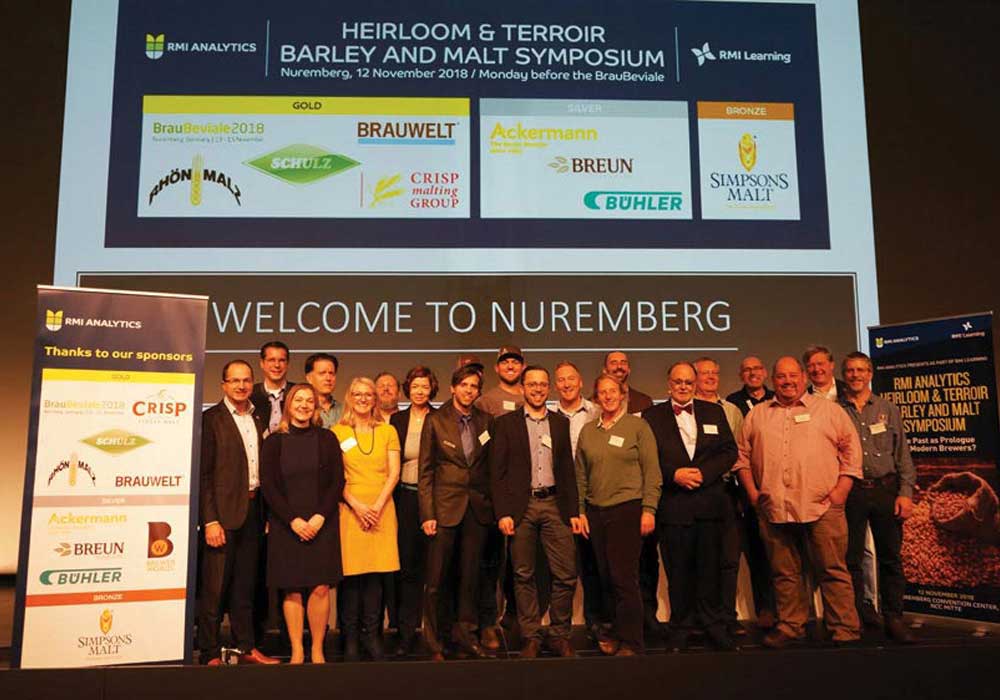 On November 12th 2018 RMI Analytics GmbH ran their first Symposium in Nuremberg before the BrauBeviale, the world’s most important capital goods exhibition for the beverage industry, to discuss the real and imagined potential of heirloom and terroir barley and malt.

More than a dozen international experts in the field of barley breeding, farming, malting, and brewing convened on the Messe trade show grounds for the Symposium.

The purpose of the all-day conference was to consider the current fate of old barley landraces and their potential, if any, for the future of the brewing industry. To frame the day’s topic, moderator and beer industry consultant Horst Dornbusch gave an overview of the history of barley cultivation from the natural selection of landraces after the Neolithic Revolution, to the prevalence of scientific cross breeding during most of the 20th century, to the modern development of high-performance barley varieties through marker-guided gene technologies.

Several speakers, including Martin Breun of Saatgut Breun in Germany and Walter König, General Manager of the German Malting Barley Association, focused on the many agronomic and processing qualities of modern varieties as the reason for the general disappearance of heritage varieties, which often survive only as remnants of the past in specialized seed banks.

Other speakers, such as Chris Ridout of the John Innes Centre and David Griggs of the Crisp Malting Group, both in the UK, by contrast, talked about the importance of preserving a diverse barley gene pool as a hedge against future environmental challenges, especially as a result of climate change. 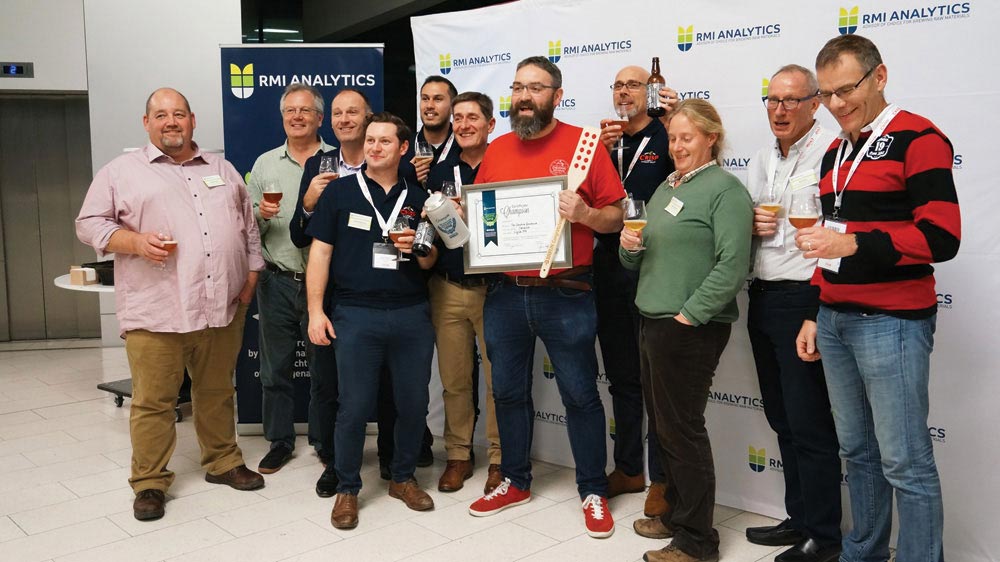 Other speakers, such as Chris Swersey of the (American) Brewers Association in Colorado, Wade and Scott McAllister of Antler Valley Farm in Alberta, Canada, John Mallet of Bell’s Brewery in Kalamazoo, Michigan, and Johan Spendrup of Gotlands Bryggeri in Visby, Sweden, emphasized the potential of different terroir barleys for distinct, often subtle beer flavors.

A final panel discussion with Johan Spendrup, John Mallet, and Martina Gastl of the Technical University of Munich dealt with the question of whether or not old barley varieties make, indeed, good beer. The panel’s answer essentially summed up the consensus that had emerged during the day’s presentations: The future of barley is likely to be a two-track development. While the evolution of agronomic super-performers will continue, so will the preservation of classic heirloom and terroir varieties, whereby the old heritage landraces, though less economically efficient, will ensure the availability of valuable genetic breeding material. They will also serve as a source of additional flavor options, especially for the growing artisanal craft brew segment.

But it wasn’t just about the presentations with a great evening event that allowed the participants to network, building lasting relationships across the international brewing raw material and brewing community. The evening was also dedicated for the 10 finalists of the first Heirloom Malt Brewing Award. Hamburg, 26th November 2018.

Sylvia Kopp, Pete Brown, Henri Reuchelin, and John Mallett awarded the historical beer of Deutsche Kreativbrauer e.V. brewed with Chevallier and Spiegelgerste, the Kellerbier of the Swedish Nils Oscar Brewery brewed with Balder, and the Cream Ale of Wormtown Brewery from Worcester, Massachusetts brewed with Hana and Champion of Vermont. The ultimate Champion trophy went to Shane Swindells from The Cheshire Brewhouse for his English IPA with Chevallier.

“Participants, speakers and brewers alike are unanimous in their praise for the format and the content of our first event in Nuremberg in connection with the BrauBeviale,” Mr Temme said.

“We look forward to hosting our next big event in March 2019, the 10th World Barley, Malt and Beer Conference.”

The 2019 World Barley, Malt and Beer Conference will be held in Warsaw, Poland from March 27-29. More details can be found at www.wbmbc2019.com. 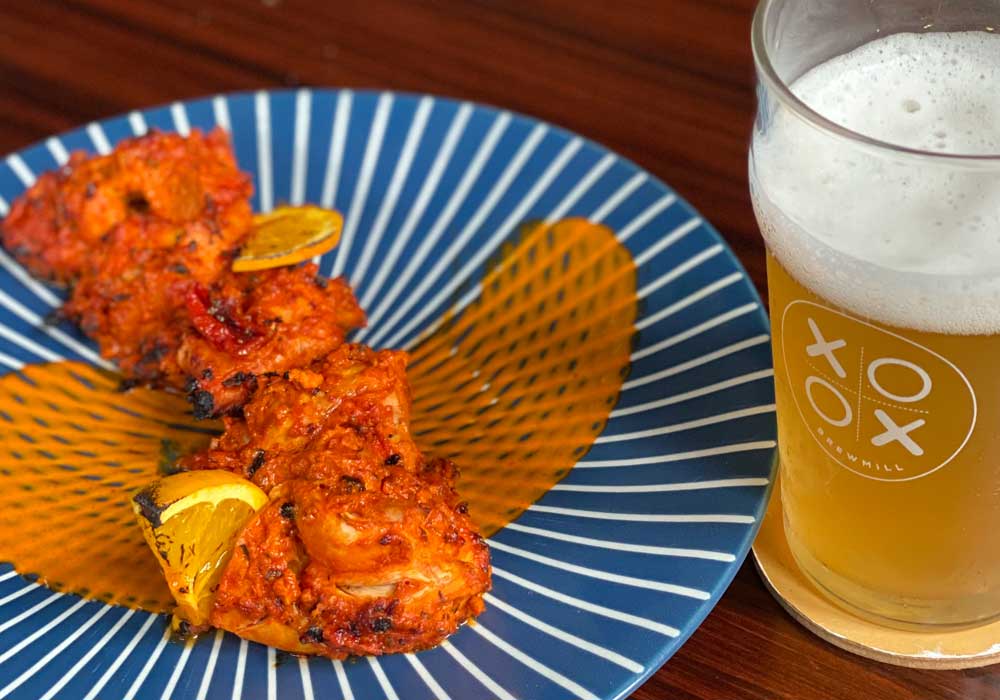 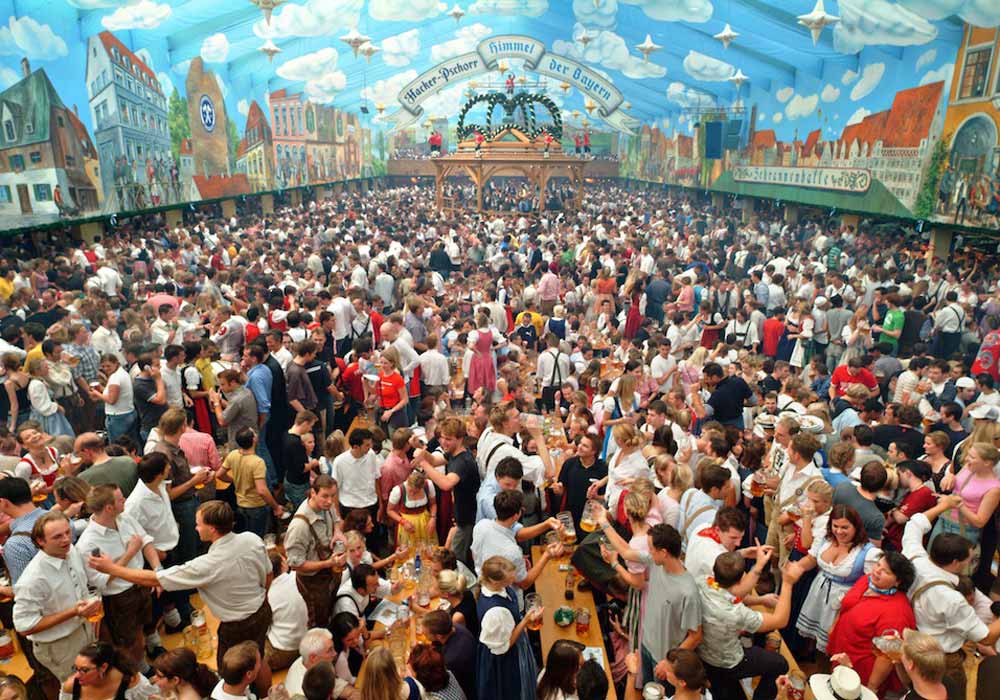