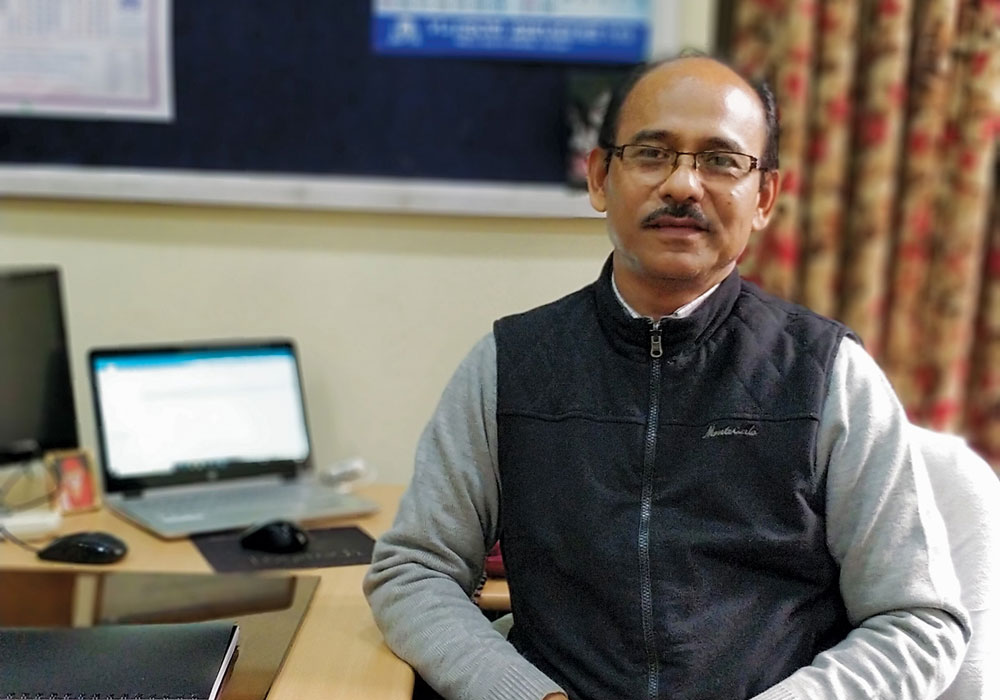 Bijay Bahadur has more than 29 years of experience in Indian and multinational breweries, IMFL bottling plants, brewery green-field and brown-field projects and factory operations such as maintenance, production, environment health and safety, and project management. He is also the author of Brewing – A Practical Approach, which is for practicing brewers, students pursuing careers in Food Technology, Biochemical Engineering or Brewing Science, and consultants who provide technical advice to breweries and entrepreneurs. He is a practicing brewer and specializes in the manufacturing of beer, including the formulation of recipes, overseeing new technical developments, implementing standard operating procedures, planning budgets, warehousing and inventory control, and liaising with Quality Assurance Department (QAD). He is a lifetime member and elected as FELLOW of the Institution of Engineers (India), the Indian Institute of Chemical Engineers and the Association of Food Scientists & Technologists (India). He has been authorized to use the style and title of Chartered Engineer (India) by the Institution of Engineers (India) as well as been elected as Professional Engineer by Engineering Council of India, New Delhi for a period of five years

Good quality beer is characterized by a few quality characters which are:

Given the choice (which isn’t always the case) brewers prefer good quality malt. They believe that this will increase their chances of both professional and commercial success. Significantly, they know that with the right malt, the job of making good beer will be easier. However, they encounter more difficulty in defining good malt than they do in defining good beer. It is my purpose to address this issue in this article.

Barley malt grains are partially germinated seeds which have been heated and dried. Contrary to expectation, they are not necessarily dead. Many can regerminate, given the opportunity (water, air, time), though they are seldom capable of forming a healthy plant.

One very important aspect of malt is that it is substantially inhomogeneous. There are considerable differences between individual corns. This has a major impact on processing, and on prediction of the performance in a single batch. It is all too easy after looking at an analysis sheet of a single batch of malt to make the mistake of thinking that we are dealing with a homogenous product. This is never so.

Barley is difficult to process into wort. It does not mill easily, it lacks appropriate levels of enzymes for starch and protein conversion, and the starch is not easily accessible. And it lacks malty flavour. Germination corrects for most of these deficiencies, and kilning takes care of flavour. Some beers are produced from barley alone, using exogenous enzymes. The attraction of such beers lies in their favourable tax treatment, not usually in their quality or ease of production.

Factually, kilning was introduced both as a preservation method, and as a means of introducing flavours. Significantly, kilning takes place in a stream of air, rather than in inert gas, allowing ample opportunity for reaction of malt components with oxygen. Such reactions can be both enzymic and non-enzymic. They can be beneficial or deleterious.

Kilning reduces the levels of live microorganisms, minimizing their impact in the mashing process. But, enzymes associated with dead organisms may still be significant to beer quality.

What does malt contain?

Like most commodities, malt is taken for granted. Its characteristics and quality have a greater influence on the brewing process and resultant beer quality.

In addition, malt husk material provides the filter medium for mash tun and lauter tun separation systems. Retention of the husk at harvest is in fact one reason that barley is preferred over wheat for the production of malt.

What positive attributes does malt contribute to beer?

In addition to providing nutrients for yeast growth, malt contributes a variety of positive characters to beer, which are summarized in Table 1.

What negative attributes can malt contribute to beer?

Negative characteristics contributed to beer by malt are summarized in Table 2. In addition to these effects on beer, malt components can also influence the brewing process itself. For example, excessive levels of beta-glucan can give rise to poor wort and beer filtration performance. Malt components can bring about premature flocculation of bottom-fermenting yeast during fermentation, or changes in the skimming behaviour of ale yeast strains. And malt may be implicated in fobbing during fermentation.

How does malt influence beer flavour?

Taste
Malt has a direct influence on two tastes; sweet and sour. Sweet tastes derive from sugars, which mostly have their origin in malt starch. Sour tastes are derived from organic acids produced by the germinating grain and from those produced by yeast from malt carbohydrate, but acids produced by grain microflora are also significant.

Aroma
Malt provides us with a huge variety of aroma-active compounds. Depending on the malting and beer production styles we adopt, we can generate a range of cereal-like characters including malty, cereal, chaffy and powdery.

How does malt influence beer appearance?

Colour
Malt contributes two classes of compounds to beer that impart colour: these are polyphenols and melanoidins.

Clarity
Haze material contains two major components – protein and polyphenol. Malt and hops are the two sources of polyphenols in beer: proteins are generally contributed by malt. During the beer production process these two groups of components are encouraged to react to produce insoluble complexes. In this way they are gradually eliminated from the process stream.

Foam
In most beer styles, malt is the primary source of beer foam proteins and polypeptides.

How does malt influence the wholesomeness of beer?

Positive contributions that malt makes to the wholesomeness of beer. These could include trace metals, vitamins, proteins, dietary fibre and antioxidants.

How does malt influence the storage properties of beer?

Haze stability
Beer has a tendency to develop chill hazes and permanent hazes during storage. Although malt quality plays an important role in this process, brewing technology has evolved to minimize its impact. Appropriate use of proteolytic enzymes such as papain can minimize the impact that ‘problem’ malts have on final beer quality that lead to chill haze formation, thereby extending beer shelf life.

Ideally, we would have no need for additives/aids, if the quality of our raw materials and processes would suffice to assure beer quality.

Instability of beer flavour during storage is due to unsaturated carbonyl compounds in malt. This compound has its origins in oxidation of barley lipids. This may be catalysed by a specific enzyme during the malting or mashing processes. Oxidation of unsaturated fatty acids (in particular linoleic acid) leads to formation of hydroperoxides which then undergo further reactions, ultimately leading to volatile, highly flavour-active aldehydes.
Heterocyclic compounds from malt are also involved in beer staling, either directly via the Maillard reaction, or via yeast metabolism.

When exposed to light, beer develops a characteristic flavour, termed lightstruck, sunstruck or skunky. The main determinant of whether this character develops is exposure to blue-violet light. Today, beers can be brewed which do not develop a skunky character. These beers are bittered with chemically-modified hop extracts, rather than with iso-alpha acids. The role of malt in light sensitivity is secondary, but nonetheless important. Significant malt quality traits in this regard include protein content, especially the content of sulphur-containing amino acids, proteolytic activity, and flavin content.

Some beers suffer a progressive loss in foam quality during storage. This is usually due to the activity of proteases in the packaged beer. These are yeast-derived, while their substrates (the foam-active polypeptides) are malt-derived. There is, as yet, no evidence to suggest a role for malt quality in the variations noted between different beers in this character.

How does malt influence the cost of beer production?

Important considerations in selecting malts for use in brewing are:

Purchase cost of the malt. This is driven by yield, climatic and cultivation considerations and marketplace conditions.

Losses in handling. Malt damage impacts on cost, and results from an interaction between malt quality and handling. The key control parameter is grain moisture content.

Brewhouse yield – the amount of extract that can be derived from the malt in the brewery.

The factors listed above may sometimes lead us in the wrong direction, since we may select a malt supply based on an apparently favourable price/performance ratio, while paying insufficient attention to the added value that malt brings to the process. The cost of corrective action in terms of labour, plant downtime, and processing aids may exceed the initial saving. The benefit of taking the approach of total cost of ownership to malt quality evaluation is that it forces us to take a realistic view of the true cost of malt. Picture 1: Some of the factors to consider in the total cost of ownership of malt.

The huge variety of influences which a malt has both on the brewing process and on the beer itself, it is clear why no single set of specifications can satisfy everyone. And, absurdly, the standard error of some methods can be higher than the range of specifications demanded by the brewers.

What should we really be trying to measure?

The properties of malt that contribute to beer quality, has been to highlight their diversity. The ideal malt should have all these properties and components at exactly the right level. However, this is seldom possible since

Some characters are incompatible

Malt is the product of agriculture, and as such varies from batch to batch and within batches.

Variability is at the heart of the problem. Variable malts themselves are not particularly difficult to handle, except in extreme circumstances.

While purchasing malt, brewers and their buyers have to consider not just the ‘headline’ specifications, but also the implications of the softer aspects of malt quality. Rather than add more analyses to the list, perhaps we should focus on fewer, looking for information, rather than data. Ultimately, a brewer’s judgement on malt quality, using malt analyses as an aid rather than a straightjacket, is likely to be the best path. 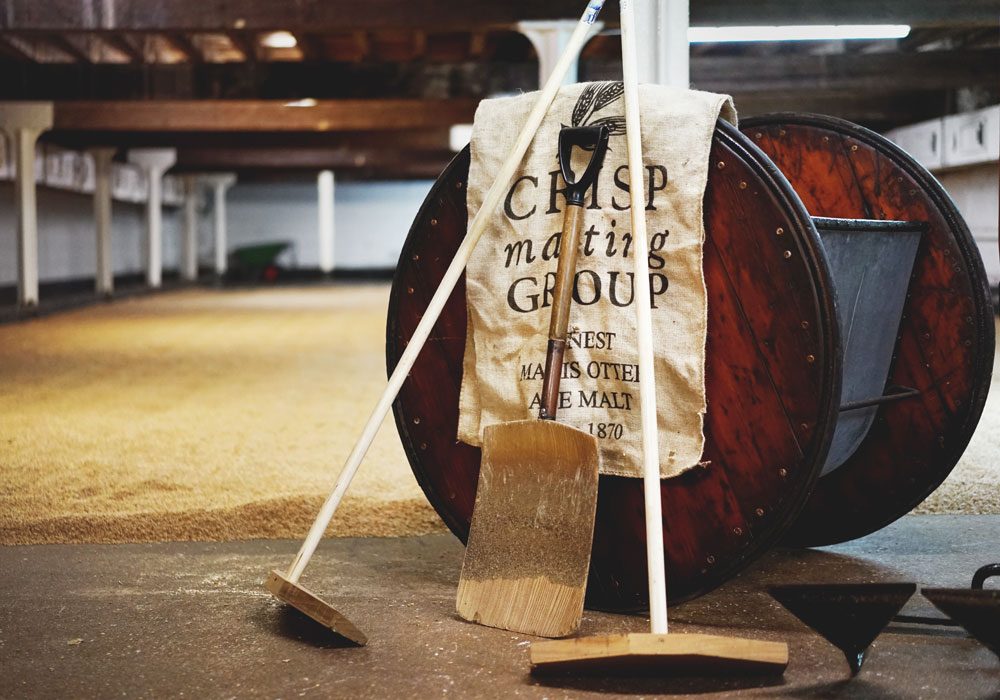 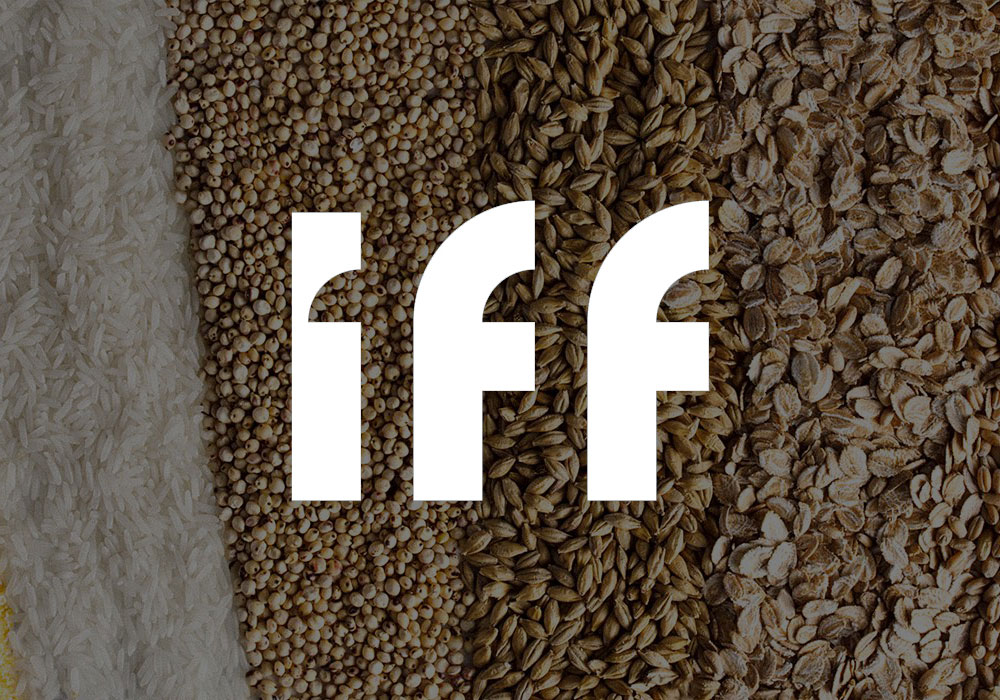