Home / Beer 101  / The Fascinating World of Pellicles in Beer-Brewing

The Fascinating World of Pellicles in Beer-Brewing 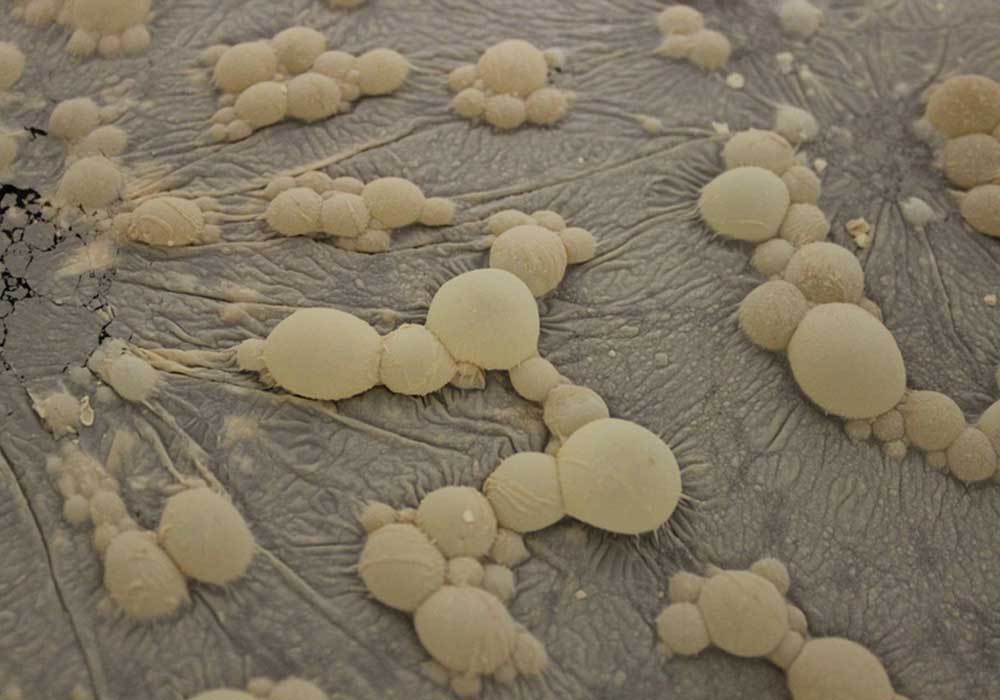 It’s hard to imagine a celebration without beer. Even more difficult to imagine beer without yeast.

The cornerstone of brewing as well as baking and wine-making, yeast has the remarkable ability to turn the sugars of plant fruits and grains into alcohol.

Unfortunately, society fails to appreciate this microorganism’s pivotal contributions to this alcobev that we enjoy all year long.

Bakers and brewers will also admit, it’s fascinating to work with yeast. Ever looked closely at a piece of bread? Notice the little holes? That’s because of the yeast coming alive to give off a gas which bubbles up through the dough, causing it to expand.

In beer brewing, however, you’ll come across another unusual aspect of this microorganism. Its ability to form pellicles. 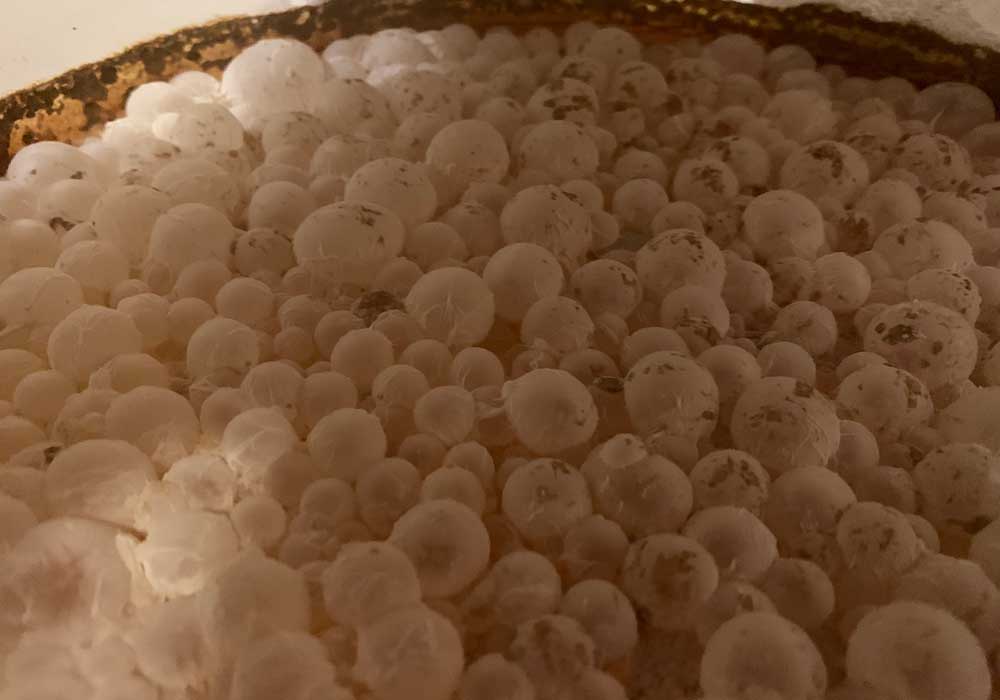 Pronounced “PELL-uh-kull”, a pellicle is a gooey, slimy, bubbly type of biofilm that may appear on the surface of beers fermented with the Brettanomyces, Lactobacillus or Pediococcus strains of yeast. It’s basically a colony of microbes that huddle together and float like a raft on the surface of certain types of beer, particularly the wild or sour kind. However, they don’t form on beer fermented with straight-up Saccharomyces, so the presence of one may be an indication of contamination (also called an infection).

Don’t be alarmed, though. Pellicle development isn’t always guaranteed; some beers may get it, some may not. Pellicles have little to no bearing on the quality of the nature of the final output. It’s largely a cosmetic feature of the brewing process that’s fun to witness. 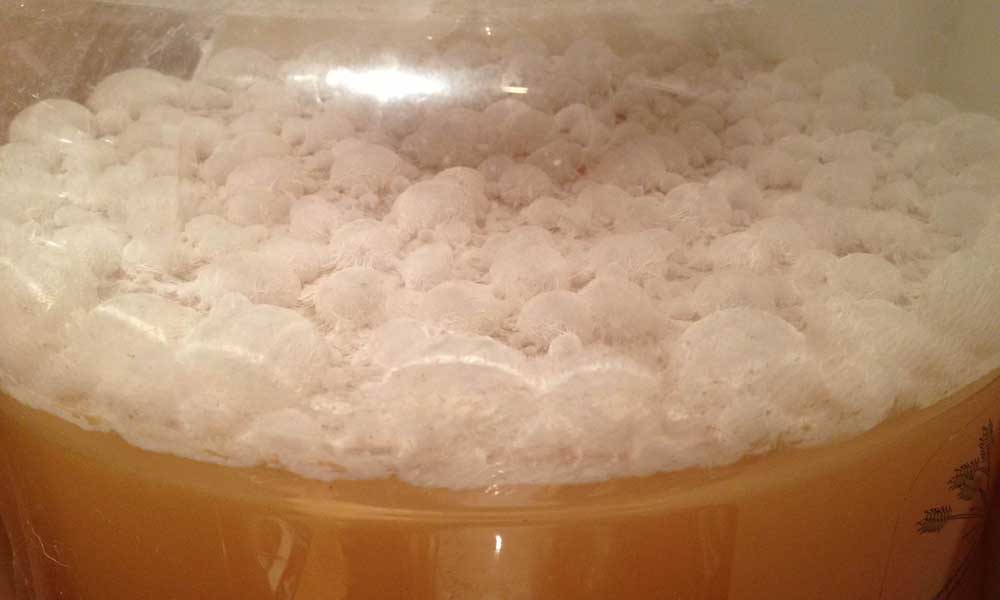 Photo credit: A P.h.D in Beer

That doesn’t go to say that pellicles have no use in beer brewing. Many brewers look at pellicles as a sign of oxygen infiltration. The yeasts and bacteria migrate to that pellicle in order to breathe in that oxygen for aerobic metabolism. Additionally, some sources say that the biofilm layer offers protection against contamination from Acetobacter – a bacterial species that is best keep away from beers, provided the beer is in a vibration-free location to prevent the pellicle from bursting. But it’s not entirely clear what prompts pellicle development in one beer and not in another.

It’s yeast that contributes to the delicious flavour and appetising smell of beer that we all love so much. The next time you savour your favourite beer, take a moment to thank your lucky stars for these microscopic fungi and how bland our world would be without them.

Are you a brewer? Got any interesting photos of your favourite pellicle that you’d like to show us? Let’s see them! 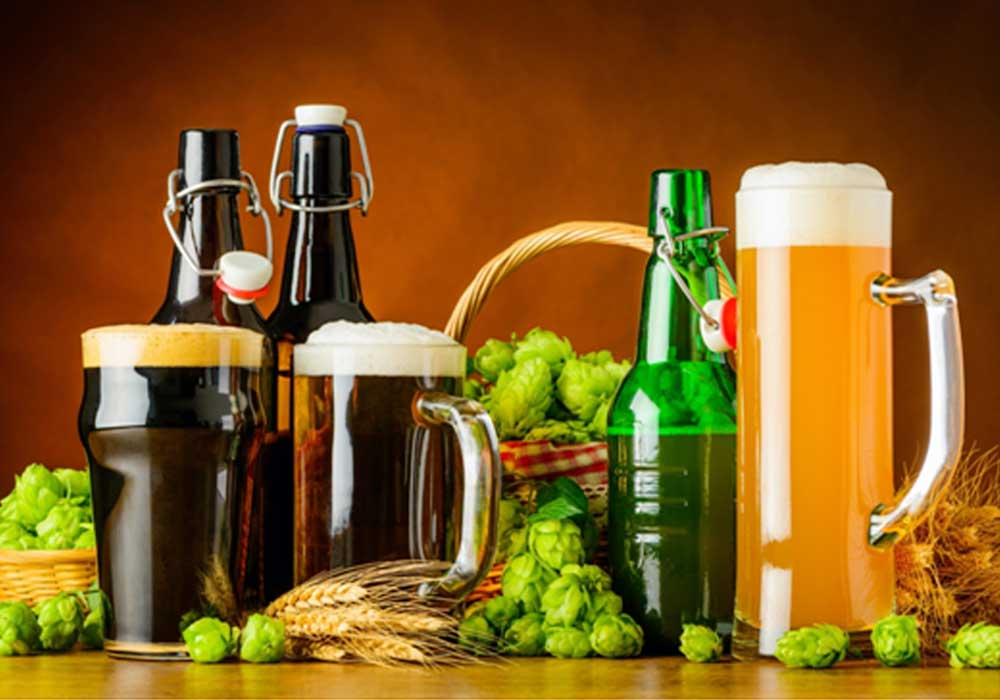 Want To Fine-Tune Your Beer Recipes? These 4 Local Online Stores Cover All Your Requirements