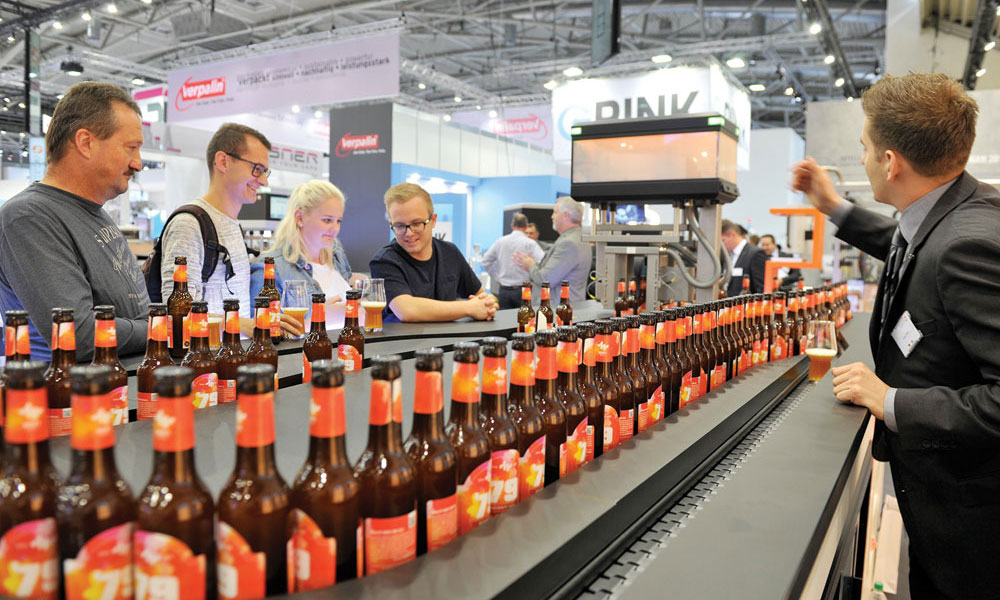 drinktec has been held in Munich since 1951 and every four years since 1985. It is the most important event in the industry. Manufacturers and suppliers from all over the world, including global companies and SMEs, meet up here with producers and retailers of all sizes in the beverage and liquid food sectors. The future is shaped at drinktec. The trade fair is regarded as the number one platform for world launches. Manufacturers showcase their latest technologies for the production, filling and packaging of all kinds of beverage and liquid food – including raw materials and logistics solutions. The themes of beverage marketing and packaging design complete the portfolio.

With over 76,000 visitors from more than 170 countries, this year drinktec has clocked the best-ever result in its 66-year history and surpassed all expectations. The number of visitors rose by 10,000 over the previous event in 2013. In particular, at the international level, where drinktec is already very strong, the trade fair was able to increase attendance again, this time by 12 percent. The ratio of visitors from outside Germany rose to 67 percent. The number of exhibitors increased to 1,749 from 80 countries – likewise a new record. That is mainly attributable to the wine technology trade fair SIMEI, which was held as part of drinktec for the first time, as well as further growth in the number of exhibitors at drinktec itself.

In view of these record figures, Dr. Reinhard Pfeiffer, Deputy CEO of Messe München, spoke of an “outstanding result”. He said, ”drinktec has proven itself to be not only the world’s most important innovation platform in the industry, but also the most important investment platform. The cooperation with the wine technology trade fair SIMEI is a tremendous gain. I’m especially delighted that exhibitors here at SIMEI obviously encountered the international audience they expected.”

“The best drinktec ever”

The verdict of Volker Kronseder, President of drinktec’s Advisory Board and Chairman of the VDMA’s Beverage Machinery and Dairy Technology Association, after the five-day fair was also extremely positive: “For me, it was the best drinktec ever. Particularly interesting aspects were that SIMEI was integrated in drinktec for the first time and a new record for the number of exhibitors was set. We were able to achieve a high degree of internationality again, with many high-profile visitors. This trade fair will give the global beverage and food industry a major boost for the next four years.”

Richard Clemens, Managing Director of the VDMA’s Food Processing and Packaging Machinery Association, was also enthusiastic: “drinktec once again surpassed our high expectations. We’re over the moon at the international spread and expertise of the visitors! drinktec is a trend-setter: Visitors’ focus was on innovative solutions for tomorrow’s applications.”

“The trade fair to beat them all” exhibitors gave a first-class verdict of drinktec 2017, stressing the outstanding importance of the trade fair for the entire industry. KHS Chairman, Prof. Dr. Ing. Matthias Niemeyer, regards drinktec as a platform “for the whole industry and experts worldwide. drinktec offers exhibitors perfect conditions for showcasing products and innovations.” Christoph Klenk, CEO of KRONES, spoke for many of his colleagues when he said: “All in all, drinktec is for KRONES the trade fair to beat them all. We’re very satisfied.” In the view of Gianfranco Zoppas, Chairman of SIPA, drinktec is the “benchmark for our industry. We’re extremely satisfied, not only with the number, but also with the quality of our visitors.” Dr. Rainer Brambach from EnviroChemie stated: “drinktec manages to bring together movers and shakers from all over the world – this concentration is unique for us.”

“SIMEI in Munich is a gain”

The fact that interest among visitors for wine, sparkling wine and spirits doubled (the number of mentions rose to 17,480) was mainly due to the exhibition area for SIMEI. This first-ever cooperation between drinktec and SIMEI was also rated positively by exhibitors at SIMEI. Marzio Dal Cin, President of Anformape (National Association of Machinery Suppliers and Products for Winemaking), summed up the feedback from his members who exhibited there as follows: “The impression among SIMEI’s exhibitors is very good for the most part. The presence of many international visitors, in particular from the southern hemisphere, is a very positive aspect and the reason why the companies believe in this project.” Cristina Bertolaso from the company of the same name expressed a similar opinion: “SIMEI in Munich is a gain because it has brought us a lot of new potential customers. We’re ready to conquer new markets.” Carlo Gai, the head of GAI, noted: “Italian wine technology is respected worldwide and we should definitely seize the opportunity to present it to such a large international audience.”

Success for oils & fats – The decision to integrate oils+fats, Europe’s only trade fair for the production and further processing of vegetable and animal oils and fats, into drinktec was a resounding success. Forty-nine exhibitors from sixteen countries presented themselves in Hall C1. The synergies with drinktec were primarily in the area of liquid food, where often similar machinery and components are used. The combination of drinktec and oils+fats met with a positive response from trade visitors, as also evidenced by the number of visitors from the liquid food segment: an increase from 8,700 to 10,700 (22 percent growth)

PRO FachHANDEL, the leading trade fair for the entire German convenience and specialized beverage industry, was also held as part of drinktec2017 for the first time. As a result, drinktec forged links with the specialized beverage sector. The top event for visitors from all over the world In particular the number of visitors from overseas is testimony to the fact that drinktec is a worldwide event and is rightly regarded as the industry’s global economic summit. The number of visitors from China was more than 2,000, an increase of 65%. That means China already occupies second spot in the rankings of the top 10 countries of origin for visitors – behind Italy, which likewise recorded a sharp increase thanks to SIMEI: by around 45% to 5,240 visitors. There was also a striking rise in attendance from South America. SIMEI apparently helped boost the number of visitors from Argentina to 545 (an increase of 165%). 1,100 visitors came from Brazil, a rise of 40%. France, likewise a wine country, came fourth this year with 1,800 visitors. Apart from Italy, China and France, other countries in the top ten were Russia (1,857 visitors), the UK (1,619), the U.S. (1,570), Austria (1,567), Spain (1,254) and the Netherlands (1,221).

Top marks for the supporting program 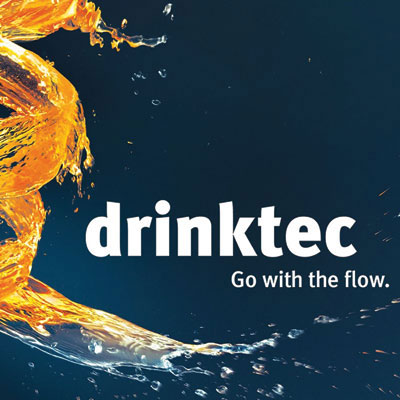 As in previous years, drinktec again earned outstanding plaudits from visitors. Almost all of them (97%) rated the trade fair as “excellent to good” and ninety-six percent intend to return in 2021. The new exhibition areas also went down well. Eighty eight percent of visitors voiced a positive opinion about SIMEI at drinktec and ninety-three percent praised the Home & Craft area. The numerous events in the supporting program – the networking platforms, awards, and the conferences and forums – also met with overwhelming approval. Brewers from all over the world were drawn, for example, to Place2beer, an attractive port of call for craft brewers in particular. One-in-five of all brewers who visited drinktec came from that segment. The Innovation Flow Lounge, which was created in 2013 especially for visitors from the fields of sales and marketing, attracted around 1,000 interested attendees from all over the world. The drinktec Forum in Hall A2 was also well-attended, recording around 1,300 visitors. 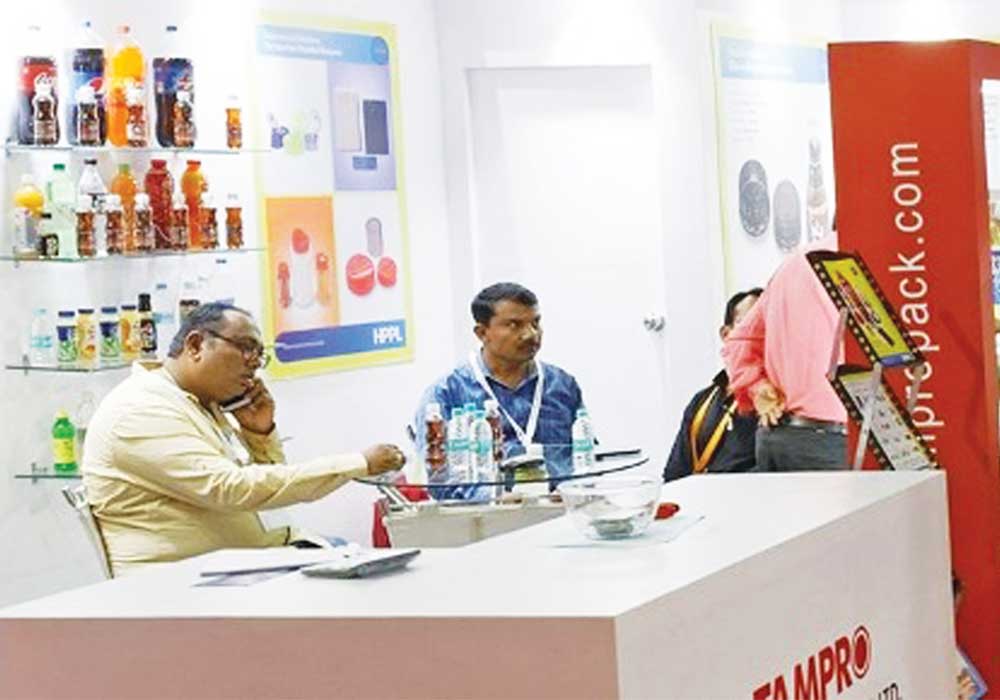 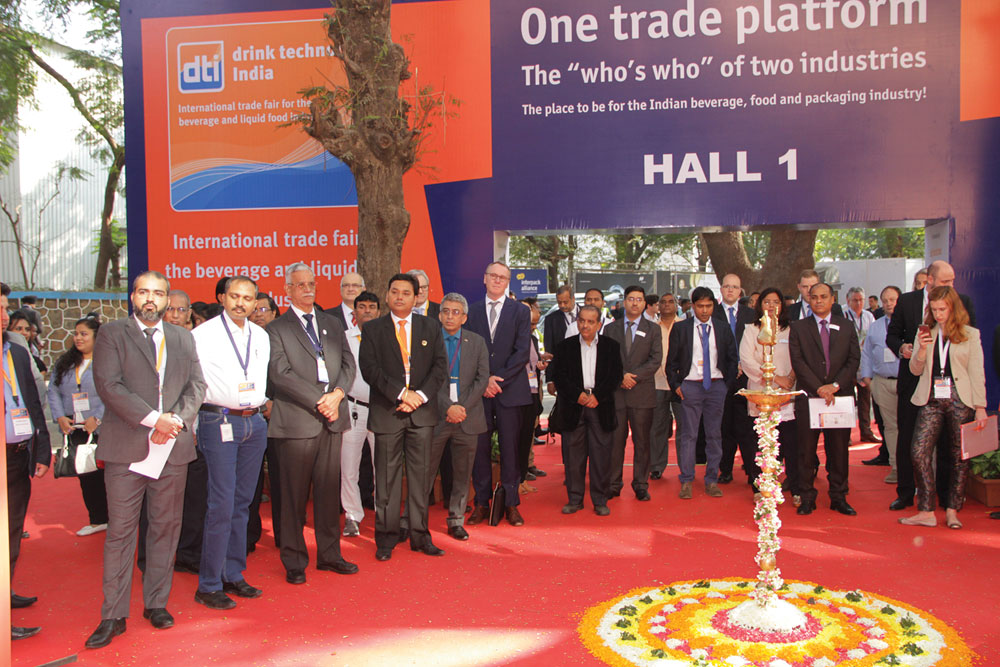