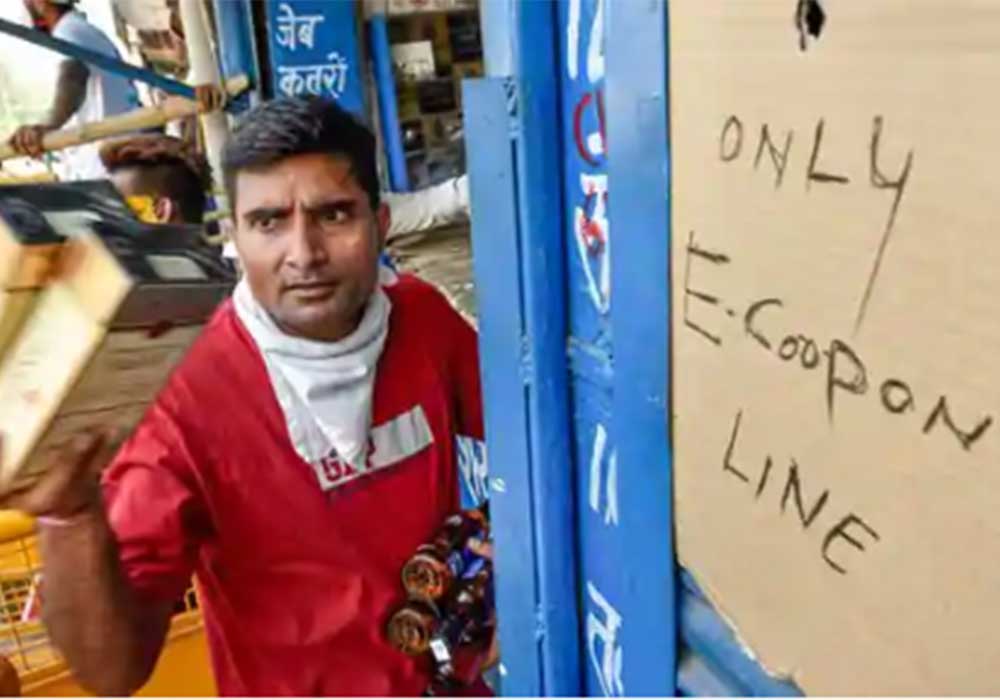 Restaurants and hotels, which are sitting on a liquor stockpile of around ₹3,000 crore, are asking state governments to allow them to sell the stock lying with them due to the coronavirus lockdown.

The liquor industry along with restaurants, bars as well as some online food aggregators have urged the government to permit home delivery of alcohol, saying this will not only ensure social distancing but also be a lifesaver for sectors ravaged by the COVID-19 crisis.

The All India Brewers’ Association (AIBA) has suggested creating a “special license for private e-commerce companies (such as Flipkart, Amazon, Grofers and others) and food delivery companies (such as Zomato, Swiggy and others) to take orders and fulfil demand from the existing licensed retailers and wholesalers in states.”

It also mooted setting up an online ordering platform for liquor, to be owned by the state excise departments.

Restaurants and hotels, which are sitting on a liquor stockpile of around ₹3,000 crore, are asking state governments to allow them to sell the stock lying with them due to the coronavirus lockdown.

“We request every state government to allow us an opportunity to sell our liquor stocks, preferably through a home delivery model.

“This will help us deplete our stocks, raise some money to take care of urgent people needs and will still be compliant to social distancing norms. We understand that this may require some amendments to the law but I am sure it can be carried out under the current extraordinary circumstances,” National Restaurant Association of India (NRAI) President Anurag Katriar said.

Online food ordering platforms are ready to start such services if permitted by the government.

As per industry sources, discussions are underway between various authorities and e-commerce players like Swiggy for online sales and home delivery of liquor.

“Governments should consider institutionalising home delivery as a separate channel administered online. We will give all necessary assistance and cooperate fully in this,” Confederation of Indian Alcoholic Beverage Companies (CIABC) Director General Vinod Giri said.

“Currently, most exercise related processes such as approval, licensing, registration, permits, EVCs etc are physical in nature needing human interaction. With today’s technology, a lot of these can be easily made online thus cutting down human to human interface. Besides reducing virus transmission risks, it is also a good step forward against possible corruption,” he added.

According to AIBA, COVID-19 has the potential to disrupt business for the rest of the year.

“Several epidemiologists predict that the pandemic will come in multiple waves. Given the threat of infection resurfacing in one part of the country or the other, this will lead to multiple lockdowns and disruptions for business. In this environment, it is imperative that the state excise departments introduce policies that facilitate home delivery of beer, wine and alcohol,” it said.

Several states allowed reopening of liquor shops with the easing of some lockdown restrictions from May 4. However, many places saw heavy rush and flouting of social distancing norms, forcing authorities to close the outlets.

Some states also imposed additional taxes of up to 75 per cent to control demand as well as shore up their depleted revenues.

“Some states including Andhra Pradesh, Haryana and West Bengal have already reported a price hike. However, we also feel that if the price increase isn’t well thought through, the government may lose out on a significant chuck of revenue due to prohibitive price,” Radico Khaitan Chief Operating Officer Amar Sinha said.

Radico Khaitan is one of the largest manufacturers of Indian-made foreign liquor (IMFL).

“As a company, we are not averse to the idea of price hike but a calculated increase factoring in the purchasing power of the consumer is the way to go about it. It should ensure that the consumer could afford or buys his preferred brand instead of switching to a cheaper or spurious brand.

“At this point, liquor companies are also facing cost inflation and it is time that the government also considers re-looking at manufacturers viability and consumer affordability alongside the price hike,” said Sinha.

The total horeca licenced places are around 30,000 in the country and “at any given time, the stock in hand would be for 1 month. Which means that due to lockdown, the total unsold inventory lying at various horeca outlets across India would be around ₹3,000 crore,” he added.

While retail sales of liquor are opening, the service industry continues to be in limbo, he said.

According to associations, the liquor industry contributes around ₹2.5 lakh crore revenue to the state governments. States have lost revenue of around ₹25,000 crore in the 40-odd days when liquor trade was closed.

The Supreme Court had on May 8 asked states to consider non-direct contact or online sales and home delivery of liquor during the lockdown period to prevent the spread of coronavirus on account of crowding at the shops.

This story has been published from a wire agency feed without modifications to the text. Only the headline has been changed.