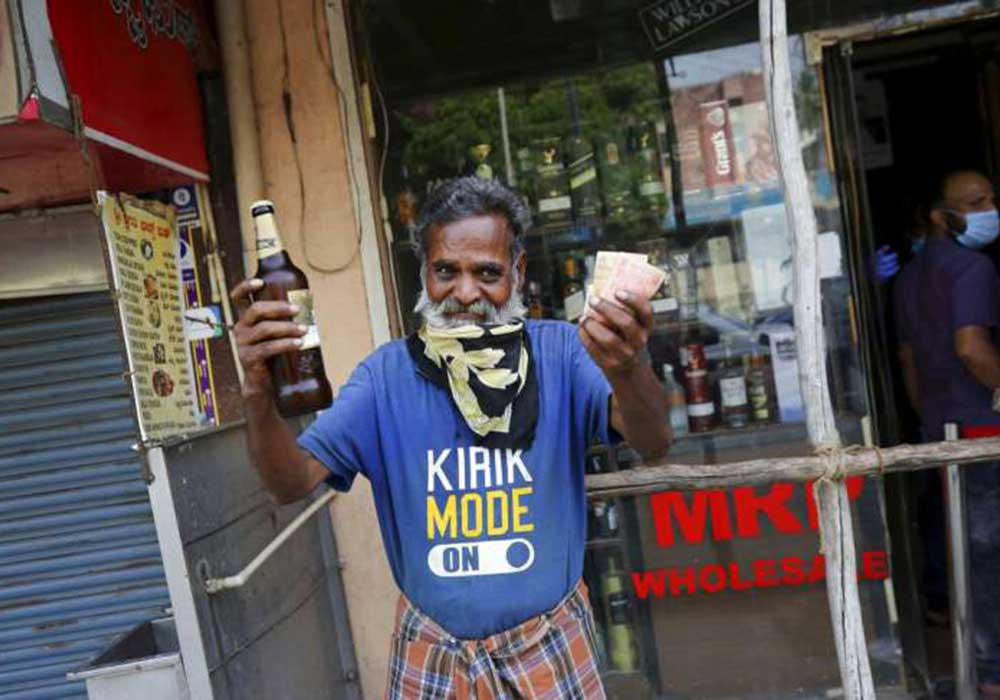 The signs appear ominous for all tipplers as the first move to restart sale of liquor after it was stopped on March 25, began with the state-owned Kerala State Beverages Corporation (Bevco) – the sole wholesaler of liquor and beer in the state, sought the help on how information technology can be used for sales matching all the health protocols.

The signs appear ominous for all tipplers as the first move to restart sale of liquor after it was stopped on March 25, began with the state owned Kerala State Beverages Corporation (Bevco) – the sole wholesaler of liquor and beer in the state, sought the help on how information technology can be used for sales matching all the health protocols.

Bevco supremo, Sparjan Kumar has approached the State run Start-up Mission to identify the apt IT service provider who will be able to come with a full proof virtual IT solution, so as to commence online sale of liquor and beer.

The cash strapped state exchequer has been reeling for lack of revenue and last month all what the state government could garner from various sources was a mere Rs 250 crore.

For fund starved Kerala, revenue on liquor and beer is one of the biggest cash cow and in the last fiscal it recorded a total of Rs 14,504.67 crore and hence the devolution of IT into Bevco, would be a big relief for the state’s finances.

In the aftermath of the partial breakdown of law and order in and around the liquor outlets in some states, after it was recently opened, Chief Minister Pinarayi Vijayan was forced to ask State Police Chief Loknath Behera to find out how best can security be maintained in case the retail outlets open.

So with that plan already in hand, the authorities expect with a virtual sale protocol in place, things can be managed as it will be a boon for both tipplers and the state’s finances.

The profile of liquor users in the state in an earlier study reveals that around 32.9 lakh people out of the 3.34 crore population in the state consume liquor, which includes 29.8 lakh men and 3.1 lakh women.

A study by the Kerala State Planning Board estimates a loss of Rs 80,000 crore to the state economy due to the nationwide lockdown amid the coronavirus scare. The study — titled “Quick Assessment of the Impact of the Covid-19 Pandemic and Lockdown on Kerala’s Economy” — was undertaken after Chief Minister Pinarayi Vijayan asked the Board to make a quick assessment of the state’s losses, particularly to the sectors most vulnerable to the impact of Covid-19 crisis.

“For March 2020, assuming about 10 days of total production loss and decreased economic activity from the middle of March, we estimate the shortfall in value addition in the state to be roughly Rs 29,000 crore.

“For the first quarter of 2020-21, the entire month of April is affected, with near total disruption in economic activity. It is expected that many of these would continue in May and subsequent months. This will mean a loss of roughly Rs 80,000 crore in the first quarter (of the fiscal), assuming the normal production level in 2020-21 to be about 5 per cent higher than in 2019-20,” says the study.

Daily wage losses by self-employed and casual workers in Kerala for the lockdown study period is in the range of Rs 14,000 crore to Rs 15,000 crore.

When it came to the shortfalls in Gross Value Added in the manufacturing sector from trade, hotels and restaurants it has been estimated to be around Rs 17,000 crore.

The total losses in agriculture sector, including plantation crops, are estimated at Rs 1,570.75 crore. The losses for agricultural labourers due to loss of wages is estimated at about Rs 200.30 crore.