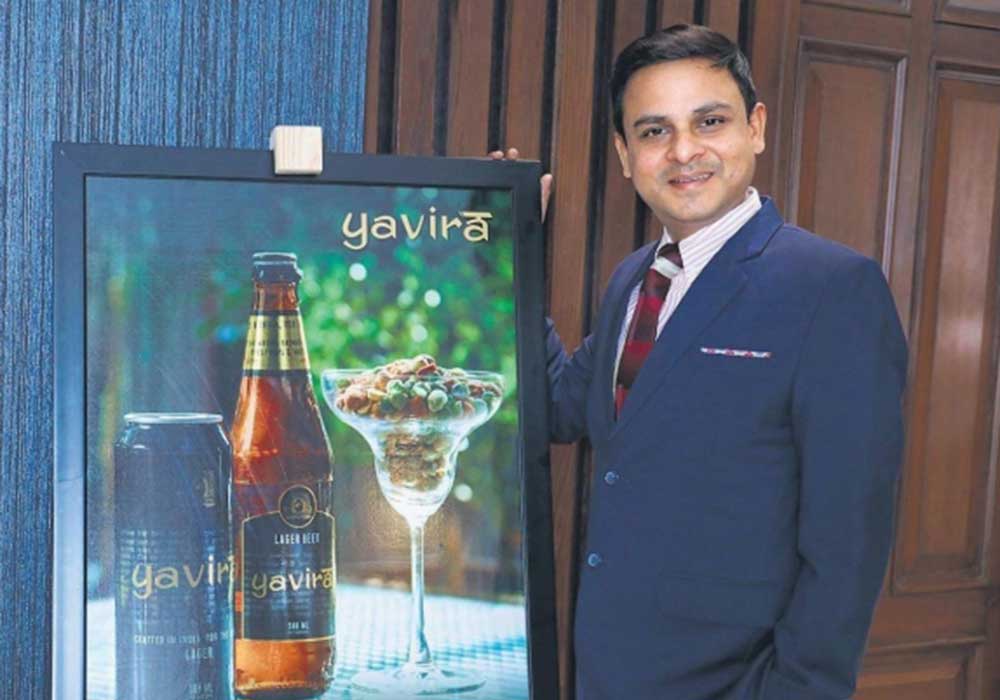 Hopeful beer experts, if there is such a genus indeed, think craft brew will be the first to get a frothy head. Demand will tell. Beer is the summer love of many Indians.

Grin and can’t beer it had been the motto of the Covid-parched across India until the shops which sold libations opened last week or so.

By then global sales of craft breweries and bars had dropped by almost 70 percent in the last two months.

Hopeful beer experts, if there is such a genus indeed, think craft brew will be the first to get a frothy head.

Demand will tell. Beer is the summer love of many Indians, some of who find it a brew for all seasons.

A short throwback of memory to pre-coronavirus days makes you recall pubs filled with office goers stopping for a Heineken or Budweiser.

The millennial’s yen for a boutique experience has made India a popular ground for craft brew ventures.

Rather than mass produced beer from a commercial brewery, they go for the golden liquid produced in Himachal Pradesh with grains sourced from the lower Himalayas or from the Nilgiri hills.

Beer connoisseurs don’t mind driving the extra mile for a sip, because they place a premium on ‘handcrafted’ experiences.

What defines a craft brew? Ideally, it’s a product that should be organic, locally sourced, not mass produced, preferably in traditional machines and has a short shelf life.

Consumption is never a problem—the Indian alcohol market ranks third in the world. It was valued at Rs 2 billion in 2018 and could reach Rs 5 billion by 2027, growing at a CAGR of 7.8 percent in 10 years.

Beer counts as the second most popular alcoholic beverage after whiskey.

The Indian craft brew segment is still evolving and will take another two years to reach 3 percent of the market share compared to 12 percent in USA.

Amidst the pandemic, Bira91, the craft beer startup, raised $30 million in April from Sequoia India reiterating the belief that venture capitalists are enthusiastic about the growth of the industry.

Anything in fashion automatically attracts acolytes. Craft brew is not an exception. Abhinav Jindal, CEO and Founder Kimaya Himalayan, launched BeeYoung and Yavira, strong craft beers, last year and is serious about matters like provenance.

The grain in Yavira is basmati rice, which lends the beer perfect creaminess. Pure spring water from the Bhakra Dam gives it special character.

“We’re working at various levels to connect with farmers and other small producers. We source quality rice locally to make both our brews.

Ninety pecent of our packaging material is made by locals. We’re working on two new premium brews with grains like Jhangora and Mandwa, grown in Uttarakhand,” says Jindal.

For a beer exclusively sold in Delhi, Kati Patang, is brewed in Bhutan with pure spring water and loaded with aromatic hops and natural malts.

For some time, gin has been a popular social lubricant. India’s relationship with gin dates back to 1880 when malaria was a menace for the new British masters. Barks of cinchona trees, from where natural quinine is sourced, was a natural cure.

A few British gentlemen brewed a mix of sugar, lime and ice with quinine and lo, the gin and tonic was born.

But the country, which gave the world its drink de jour, was stuck in the dark ages of gin until Nao Spirits, a Delhi-based venture realised what India was missing out on.

They stepped out from behind the bar and experimented with every spice, herb and fruit they could find. The result was ‘Greater Than’ which uses local ginger, lemongrass, coriander seeds, and fennel to get the Indian flavour profile.

What’s gin without tonic? In the world full of Schweppes, Freehand Beverages launched Svami. Aneesh Bhasin and Sahil Jatana found that most tonic overpowers the taste of gin and formulated Svami with less sugar, and natural quinine.

Make in India is applicable to every sphere. Ask Desmond Nazareth who pondered why only one country in the world produces tequila.

It is made from agave, a plant native to mostly Mexico. The blue plant is nowhere to be found in India.

As a margarita lover, he went hunting for an Indian tequila.

It took him to Daman and other Deccan regions, which have arid terrain similar to Mexico and found the perfect plant.

He started Agave India, a micro-distillery in Andhra Pradesh with a bottling plant in Goa. His product DesmondJi, 100 percent Agave, is a staple on bartenders’ shelves.

The hope is that once the Covid-19 hangover subsides, the new crop of alcoholopreneurs will raise a glass with the rest.

“We’re working at connecting with farmers and small producers, and also experimenting with grains like Jhangora and Mandwa from Uttarakhand.” Abhinav Jindal, CEO and Founder, Kimaya Himalayan