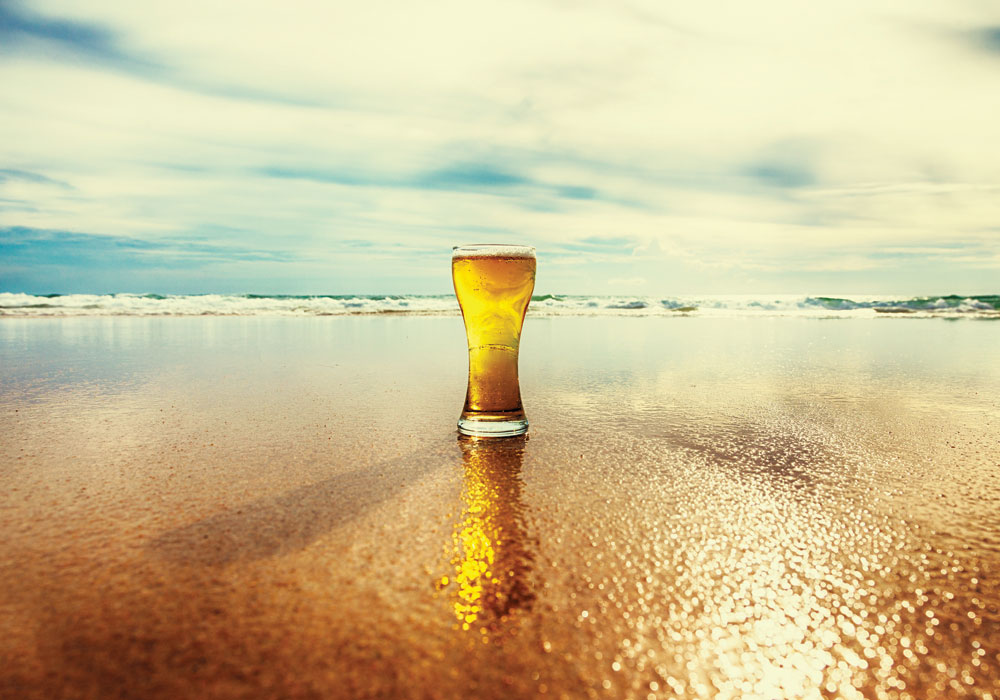 Among the many nutrients that beer contains is the set of B Complex vitamins that are extremely important for the body – B2, B12 and B6, because they promote haemoglobin generation in the body.

Once chilled, your beer contains calcium, iron, zinc, potassium, silicon, sodium, magnesium and other nutrients that are extremely important for maintaining healthy bones. So if you have been suffering from joint pains and aches, you know what the best remedy is!

Beer increases the HDL (good cholesterol) levels in your blood, that improves the blood flow to the heart. So there are less chances of heart blockage resulting in heart attacks. In addition, the Folate (water soluble Vit B) that beer has, adds to lowering the risk of coronary diseases by a great extent. One more advantage is that it helps lower blood pressure, and thus reduces the chances of heart blockage!

Even after a heart attack, beer helps in recovery. In a study, Harvard researchers studied 2,000 American men who had a heart attack between 1986 and 2006. They then tracked their health over the next twenty years after their first heart attack. During these 20 years, 468 men died. Deeper research showed that men who had two drinks a day were 42% less likely to die in this period, and 14% less likely to die of anything else! This was AFTER factoring smoking, obesity and other issues!

Of course, for the purpose of the study, the moderate amount was a standard– 4 ounce glass of wine, or a bottle/can of beer or one shot of spirits. Two of any of these a day, would keep health in check. Binge drinking, therefore, can eliminate the benefits of the moderation, and up the risk as before.

One of the happy surprises that beer provides is that it has 90% water that helps dehydration, helping to maintain healthier kidneys and reducing your chances of developing kidney stones.

And women have it even better. There was a study in 2005 that said that 1 beer a day could help women retain their mental balance better (yes, in a man’s world), and fight the chances of developing Alzheimer’s disease, as compared to non drinkers.

Beer is one of the rare alcoholic drinks low in carbs- so even if on a fat loss diet, beer is not an issue.

And yes, beer belly is a myth! It’s the hops in beer that control weight gain, and have been known to contain anti-inflammatory compounds with potential medicinal uses for metabolic disorders, like insulin resistance and Type 2 diabetes. In a study on diabetic mice, researchers discovered that beer hops reduce weight gain, since hops contain a class of compounds- tetrahydro iso-alpha acids. These help to reduce gut permeability and normalise insulin sensitivity, apart from other metabolic benefits. This research was recently published research in the open access journal, PLoS ONE.

Also in an interesting experiment, a team of researchers from Germany measured the hips and waists of 20,000 people over 4 months, and came up with what all beer drinkers already knew! Beer is not the main cause of ‘beer belly’. Participants were asked about their beer consumption and other foods intake. They concluded that excessive beer consumption leads to overall fatness, not the beer belly! The study published in the European Journal of Clinical Nutrition, carried out by scientists from the German Institute of Human Nutrition Potsdam-Rehbrücke, Fulda University of Applied Sciences and the University of Gothenburg, Sweden, said that while beer consumption could increase the waist size, it was a part of increase in overall body fatness, and not just the abdomen.

Beer could reduce strokes in women

But as always, moderation is the key. A new study in the US claims that light to moderate beer consumption could help reduce the chance of stroke in women. Researchers examined nearly 84,000 women in a Nurses’ health study by Monik Jimenez and colleagues from Brigham and Women’s Hospital in Boston.

These women had no cardiovascular disease or cancer at the time of study, and then they were studied for 26 years. Working on information about their diet, alcohol consumption, lifestyle habits and stroke occurrences, the results were-2, 171 cases of stroke among the women. Among the respondents, about 30 percent of the women were non drinkers, 35 percent were light drinkers (about half a glass of wine or beer), 37 percent said they were moderate drinkers (which meant over half a glass of wine or a glass of beer, or a mixed drink daily). 11 percent claimed to drink more than the equivalent of one mixed drink per day. Women who were light or moderate drinkers had a lower risk of stroke than those who never drank. But as alcohol consumption increased, the risk increased too. The conclusions were, certain components of alcohol may decrease cholesterol accumulation, leading to fewer strokes.

But while this is a connection, alcohol and stroke may not necessarily have a cause-and-effect relationship.

However, till researchers give us reason to smile…quaff on!