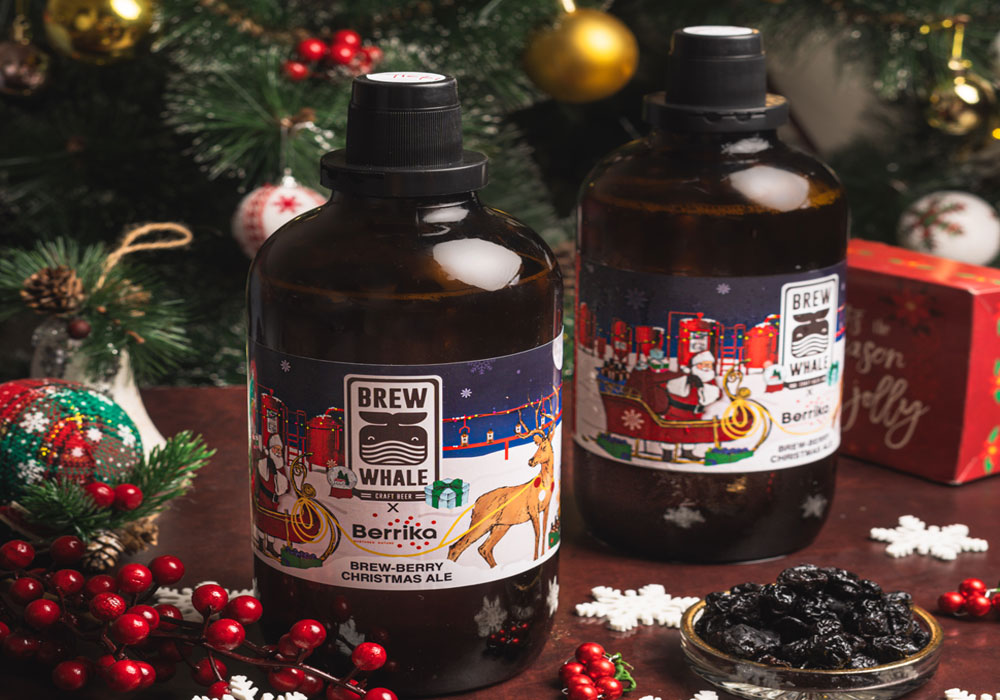 Craft beer enthusiasts in Mumbai are either hard at work or looking for some new and freshly brewed beer options to sip on. A Mumbai-based boutique craft brewery, Brew Whale, makes artisanal handcrafted beers with one purpose only – to quench the thirst of a nation that’s always looking for something new. At Brew Whale, they don’t just like beer; they love beer!

It’s the favourite time of the year to spread the holiday cheer with some beer.

With Christmas right around the corner, the founders at Brew Whale Craft Beer – Pranav Mehra and Vedant Munshi have come together with Krysh Bajaj, Co-founder, and Director, Berrika to celebrate this holiday season with a limited-edition beer, Brew-Berry Christmas Ale. The Brew-Berry Christmas Ale is a Blueberry Sour Ale (IBU – 11 & ABV – 5%) that is crisp, filled with fruity goodness, along with a touch of sour that is entirely refreshing. With a rosé-like effervescence and a tartness that teases your taste buds, this ale hits you with the right amount of flavour in a perfectly light body.

The blueberries in the beer are by Berrika, sourced from Peru. The blueberries are decadent, juicy, tart, and are called a superfood for a reason. Chock full of immunity-boosting antioxidants, potassium, and Vitamin C, these berries are a sweet addition to your overnight oats or Greek yogurt parfait. 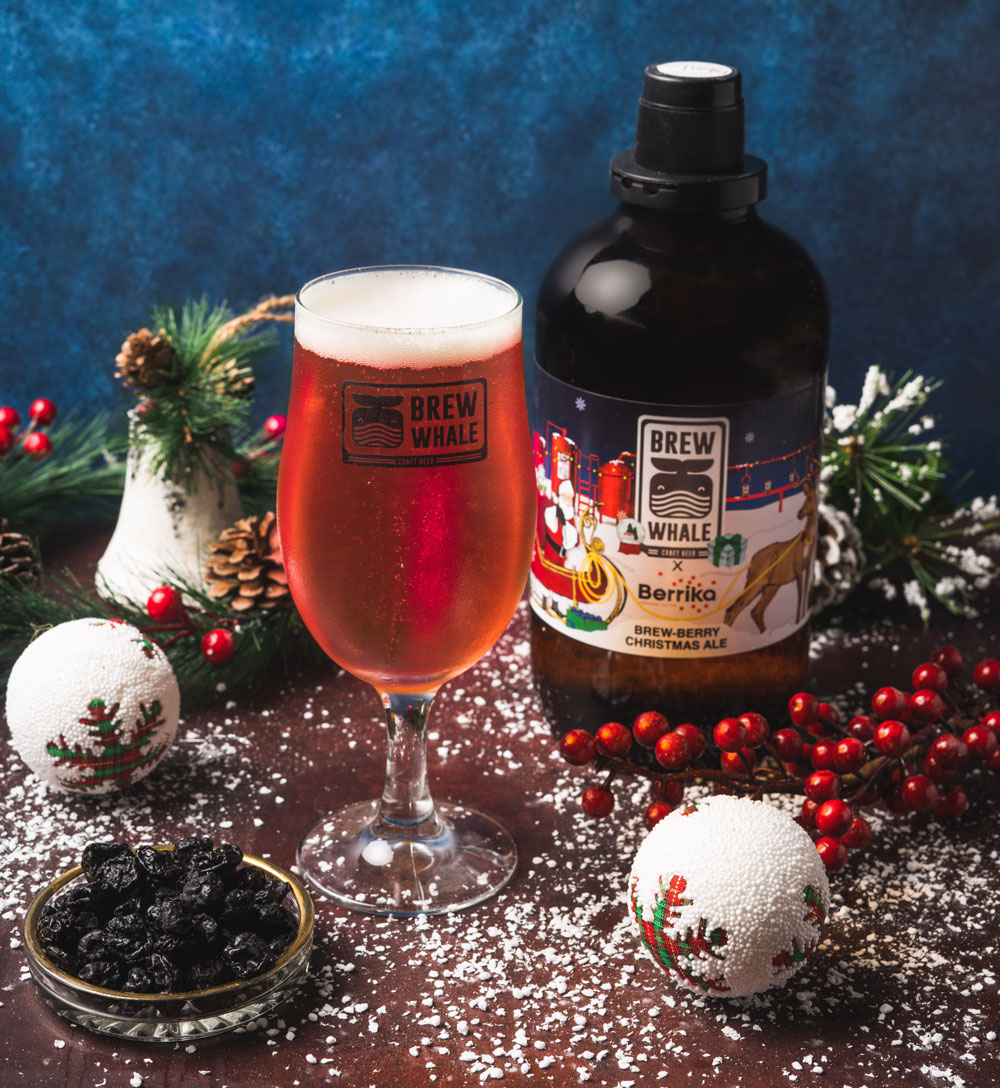 “We got a brewtiful surprise this holiday season. We had an idea of brewing a blueberry beer, and we thought there’s no better time to experiment with it than Christmas. That’s when we spoke to our friends at Berrika and were super excited to collaborate with them for the “Brew-Berry Christmas Ale,” a Blueberry Sour Ale. We can’t wait for our customers to try this one,” said Pranav Mehra and Vedant Munshi, co-founders of Brew Whale.

With this all-new blueberry beer launch, Brew Whale and Berrika are sure that the customers have a berry hoppy Christmas. Keeping up with their love for experimentation like always, Brew Whale has introduced this limited-edition brew for the Christmas Season.

If you are in Mumbai, order growlers of Brew Whale’s classic styles right at your doorstep.

Brew Whale is a Mumbai-based boutique craft brewery making artisanal handcrafted beers with one purpose only – to quench the thirst of a nation that’s always looking for something new.

Founded by two young lads from Mumbai – Vedant Munshi and Pranav Mehra, Brew Whale is a product of endless experimentation, travels across the globe, and of course, a whole lot of drinking while spending time towards learning the art of crafting the perfect beer.

They have multiple beers on tap, ranging from the familiar Belgian styles such as the Belgian Wheat beer, carrying notes of coriander and oranges, to popularly consumed Dark Lagers exhibiting hints of toasted and caramel flavours, bitter and hazy IPAs whose hoppy aromas will blow you away, and bitter-sweet Stouts whose chocolate and coffee flavours will captivate any coffee lover. Keeping up with their love for experimentation, Brew Whale introduces a limited edition brew every season, which they make in small batches and are released under their ‘Endangered Series.

Berrika is an effort to make the world a smaller place, with help from the farmers.