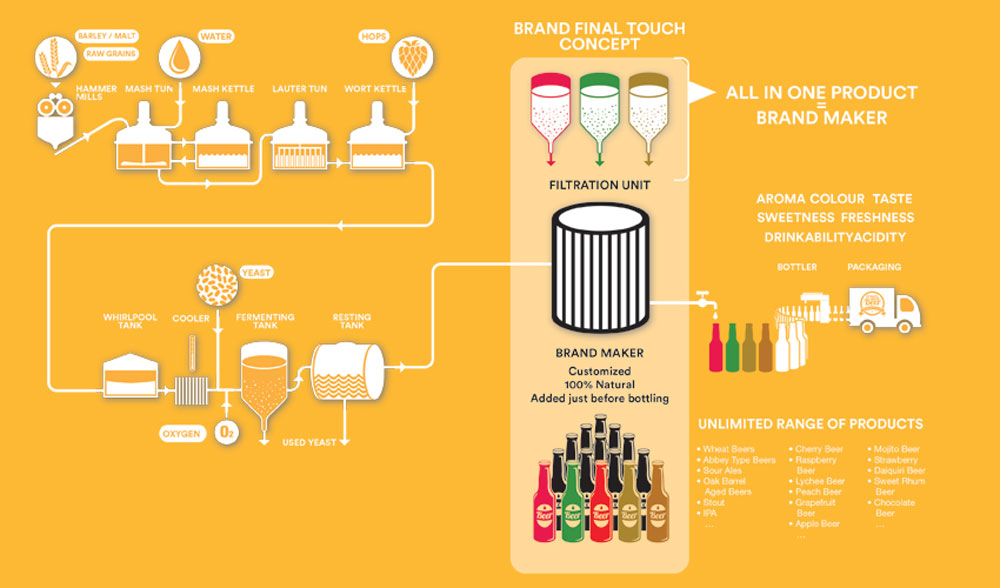 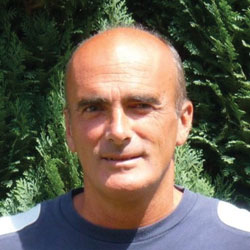 The production of a new beer can involve the use of different raw materials, a change in the brewing and fermentation diagram and different kind of yeast. Managing all of these parameters can turn into a nightmare for the brewer and cause a disturbance in the development of new beers. The “brand final touch” concept helps the brewer to produce different brands without turning into a chinese puzzle.

The main objective of all companies is to increase sales and acquire new market shares. Breweries are no exception to the rule. Acquiring market shares most often happens through launching new brands aiming to attract new customers. It is not always easy to manage the development and launch of new beers. Indeed, the production of a new beer may involve the use of different raw materials, a change in the brewing temperature diagram, different kinds of yeast or a different fermentation diagram.  Managing all of these parameters can turn into a nightmare for the brewer and cause a halt in the development of new beers.

There is an alternative that has a great deal of production flexibility, the possibility of quickly meeting market demands and a better quality assurance stability: the differentiation of the beer at the latest possible point in the manufacturing process and therefore just before bottling. This is the “Brand Final Touch” concept.

Most breweries already use some kind of “Brand Final Touch” method. They use “high gravity brewing” to produce their beer. The alcohol content of beer is brought to the desired level by adding deaerated water just before bottling. This method already has something of the “brand final touch concept”. For example one can imagine that the concentrated base beer might be marketed as a strong special beer and the diluted beer as a traditional lager. This being the case, we already have the possibility of producing two or more beers from a single base beer by simple dilution. By going a little further, it is also possible to adjust the level of bitterness, the colour and the aroma of the hops during the time the beer is being diluted. This considerably increases the number of possible variations: in terms of the alcohol content, bitterness, colour and aroma of the hops.

So by using methods that are widely found in modern breweries, it is possible to produce several beers from a single neutral base beer with 7%-8% alcohol.

The use of hop products and malt extracts do not involve the necessity of a special mention on the label.

It is possible to push this concept further and produce other kinds of beer like top fermentation beers, beers with phenolic notes like witbiers, weissbiers, abbey beers, etc. The typical secondary aromatic metabolites excreted by the special yeasts used to produce these special beers can be replaced by similar aromatic compounds which can be found in several food grade spices.

As an example, witbier, weissbier and most of abbey beers contain significant levels of vinyl guaiacol which imparts to these beers some “clove” flavour and sweet smoky flavour. Isoeugenol, eugenol, and their acetate esters present in clove buds can be used to impart these typical phenolic notes to the beer. Other spices like vanilla, cinnamon, nutmeg can also be a source of aromatic compounds which can imitate special beer flavours.

The use of selected spices extracts above their threshold of detection but below their threshold of identification, allows enriching the beer “bouquet” and improves the beer palate fullness.
Fruity beers like kriek-cherry, raspberry, peach and lychee among others can be produced very easily by the Brand Final Touch method by using adequate mixtures of concentrated fruit juices boosted by concentrated natural aromas of these fruits. The quantities added can also be smaller than 5 ml per litre of beer and the resulting product is not a shandy but still a beer.

The classical ways of producing special beers are of course more genuine. Some of these beers will be better than those produced by the “Brand Final Touch” range of products. But some of them will be worse. If the base beer is a good beer, it is possible to get good special beers by differentiating it just before bottling.

The best philosophy is to use the same quality ingredients with the classical method but later in the process, to offer the biggest production flexibility.

The use of a highly purified dark malt extract just before bottling, offers the same characteristics to beer when roasted malt is used during mashing, but without the inconveniences of wort filtration problems, poor extract yields, low fermentation rates, etc. This can be extended to the use of isomerated hop extracts and hop flavours added to final beer instead of using them in the boiling kettle.

For more special beers like witbier which is “spiced” by adding coriander seeds and bitter orange peel to boiling wort, or like kriek which is macerated with “griotte” cherries for flavour and colour extraction, etc., the extractions are done separately and the extracts are added later. It is like a cook who prepares different sauces to add them following the demand to a piece of meat just before serving it to the customer. This is done every day by great chefs.

This has to be the Brand Final Touch philosophy: to add quality ingredients allowing to obtain a good product and a good marketing communication but at a different moment in the process.

Brewers value the originality of their products and try to preserve it. The production of a special beer by using a “brand maker” and the “Brand Final Touch” principle by various different breweries does not imply that all these breweries will make the same beer. After all, the quality of the base beer is crucial and of the utmost importance, and it is fundamental in defining the character of the new beer. The brewer can also play around with the dosage of the “brand maker”, use several “brand makers” in proportions that he can decide and that will be specific to his beer and the brewer can also ask to customise the “brand maker(s)” if necessary.

The “brand final touch” concept frees the brewer from new manufacturing limitations when he has to produce new beers. It gives the marketing department free reign in their imagination: and allows to easily transform ideas into actual beers. 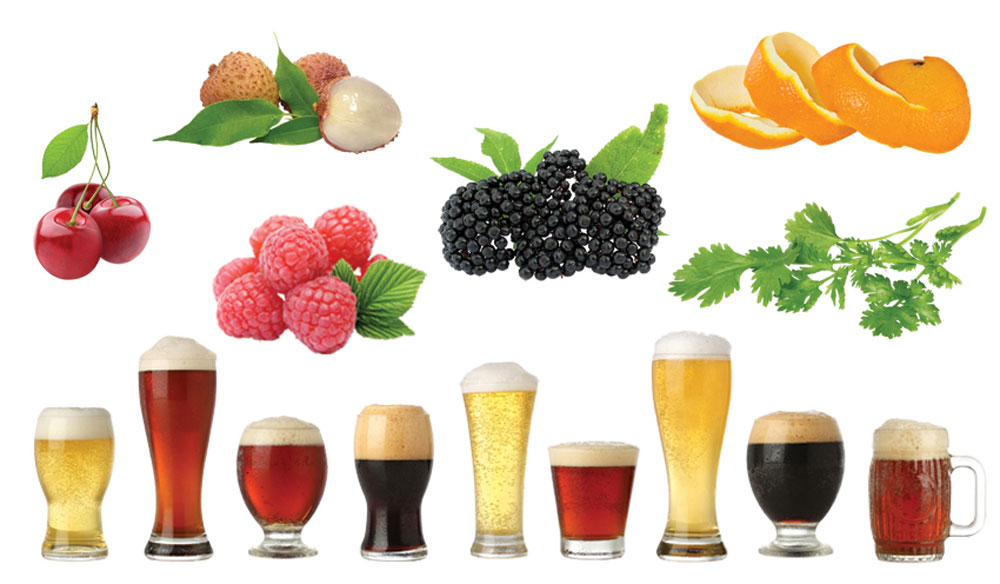 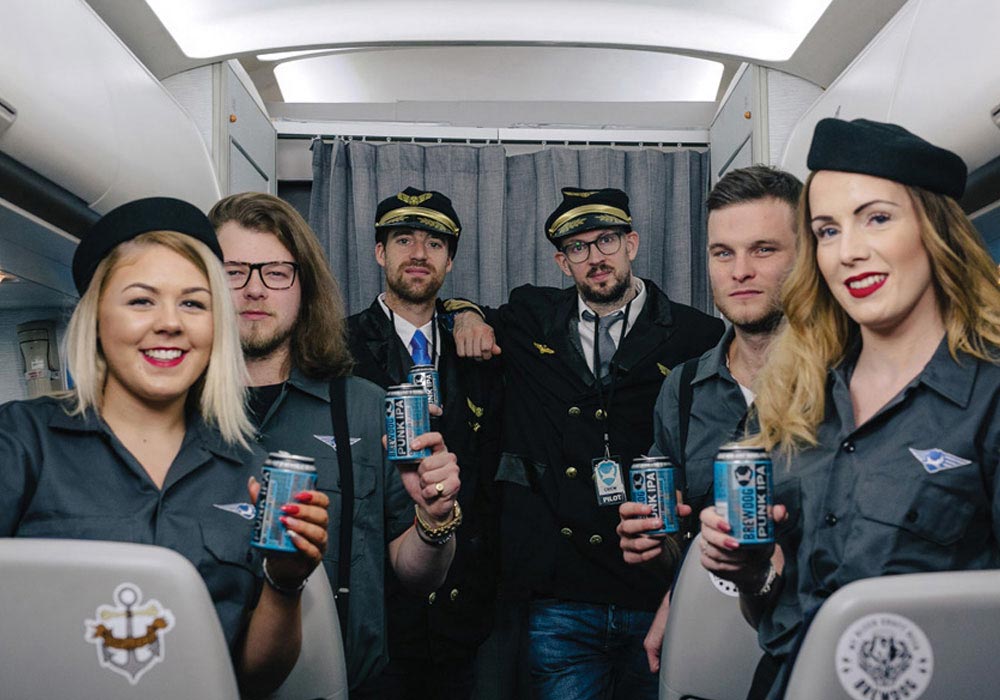 Everything Tastes Better at 35,000 Feet 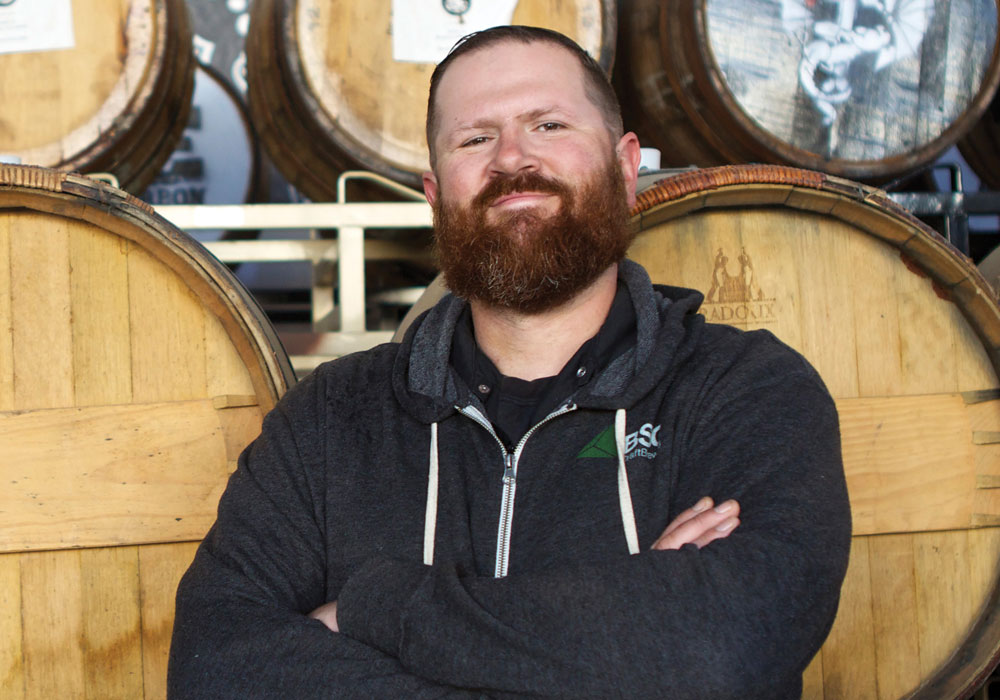 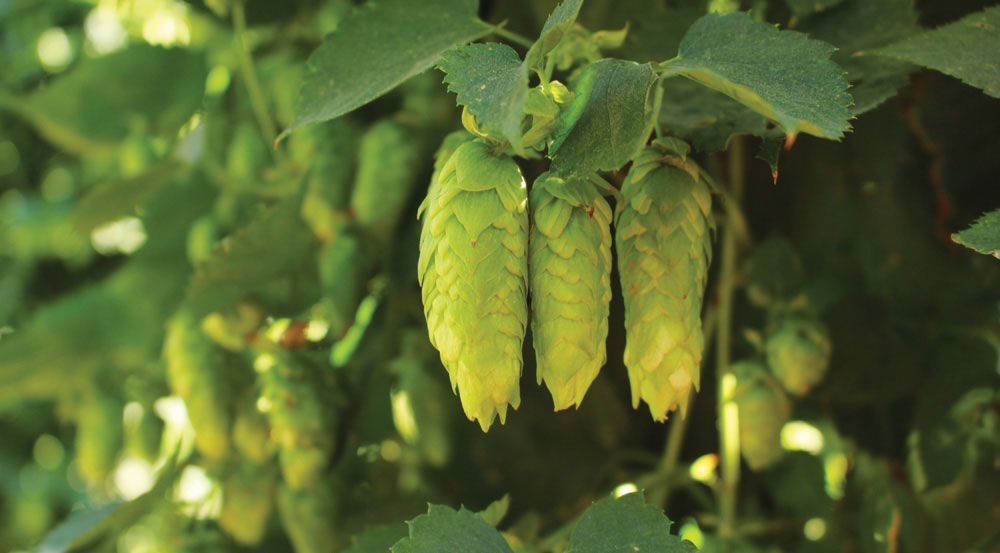