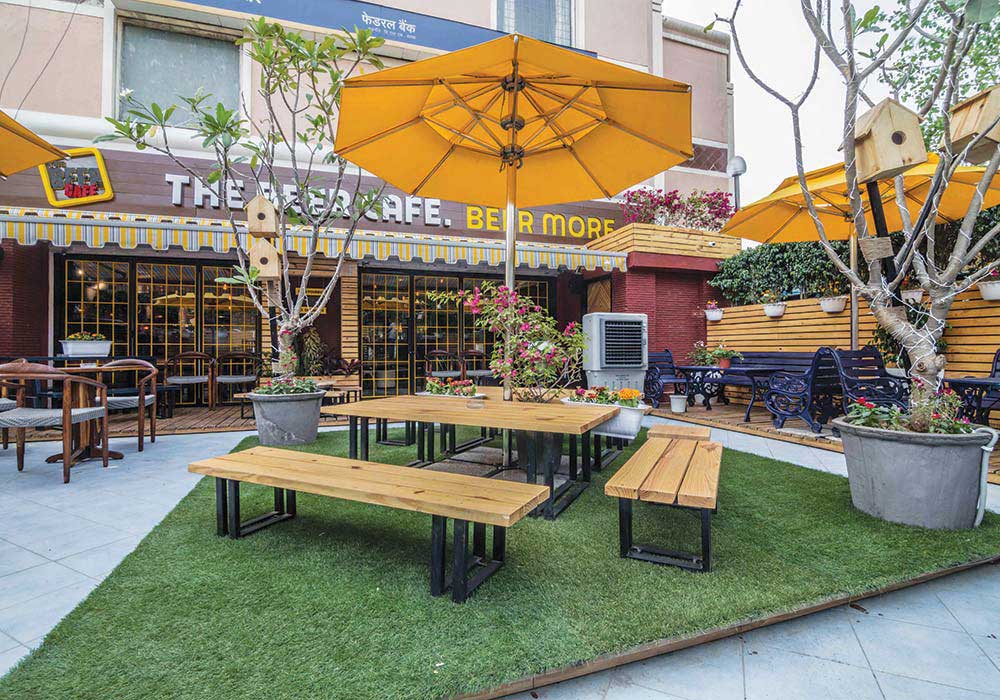 MUMBAI: BTB Marketing, which runs Beer Cafe, posted a 12% increase in revenues during FY19 to cross the Rs. 100-crore sales mark about seven years after it opened its first outlet. With nearly 36 outlets as of March 2019, its per store gross sales of Rs. 3 crore on an average was at par with Starbucks and significantly higher than other quick service restaurant startups such as Chaayos, which entered during the same time.

“Most brands in the sector prefer to remain regional but we were determined to be ubiquitous. We are already in 16 cities now in a sector that is highly regulated and complex,” said Rahul Singh, founder of BTB Marketing that posted a net loss of Rs. 19 crore during the year.

Beer cafe, however, said its per square feet revenue at Rs. 19,000 is higher than most restaurants, helping them make profit at store level despite high taxes and regulations in the sector The alcoholic-beverage industry, including beer is heavily regulated in India, with excise and other taxes forming an important source of revenue for state governments. This makes it difficult for most companies and retailers to register higher profits.

With only 5% alcohol in beer on average, the drink attracts the highest taxation of any beverage in the country. Also, beer retails from as low as Rs. 36 for a Kingfisher beer bottle in Goa to Rs. 115 in Madhya Pradesh, indicating how there is a huge price disparity for the same brand.

“With equity infusion of just Rs. 84 crore till now, we have done gross revenue of over Rs. 500 crore since we started. The burn has come down significantly and the leverage is kicking in,” said Singh.

India’s beer consumption, in volume terms, is less than 1.5% of global beer volumes, while spirits consumption is as much as 12%. Also, India’s per capita beer consumption at around 2 litres per annum remains materially below other markets.

For instance, China and the US consume 37 litres and 78 litres of beer, respectively, per person annually.

Beer Cafe was the first company in the beer quick service restaurant space, which also saw marquee tea and coffee brands — Chaayos and Starbucks — enter the same year in 2012.